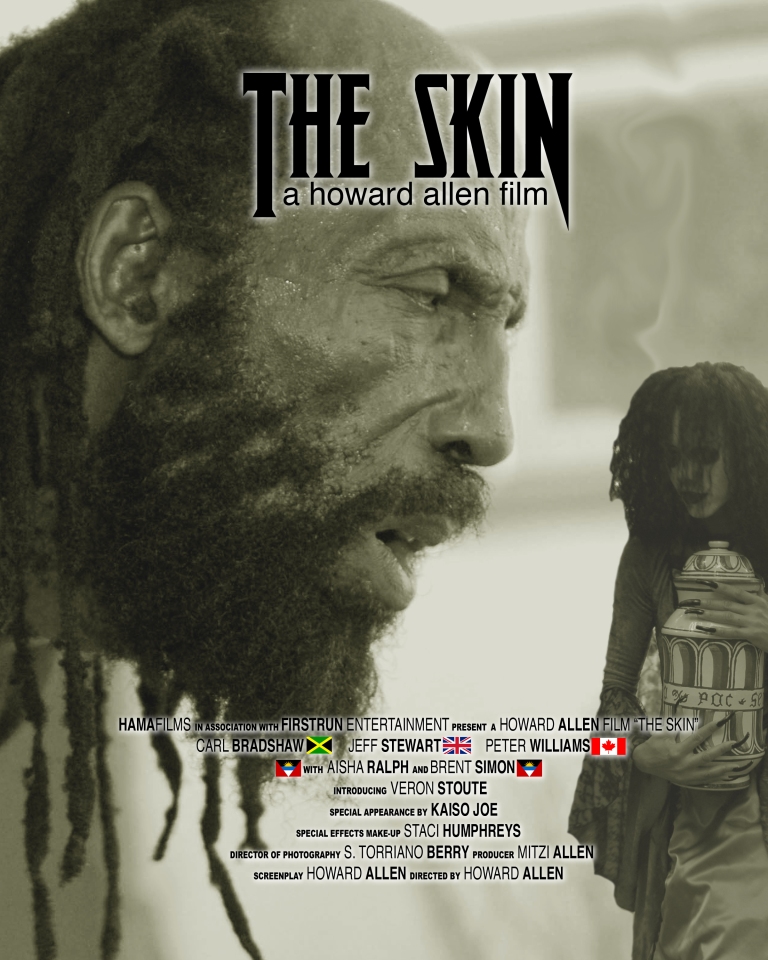 HAMA’s latest film, The Skin will be among three major Caribbean cinematic offerings at the 2011 CaribbeanTales Toronto Film Showcase next month, The Antigua Observer reports.

According to a release, the international event is slated for “Hollywood North” at the Harbourfront Centre in Toronto from September 7 to 17.

The Skin is a mythological thriller set in Antigua & Barbuda. It’s about a young couple encountering strange occurrences when they unearth and try to sell an ancient artifact. The fourth feature film by the husband and wife team of Howard and Mitzi Allen is expected to have its red carpet launch on Friday, September 16, the release noted.

The two other Caribbean films to be showcased are the Pascale Obolo-directed documentary about Calypso Rose and Ghett’a Life by respected director Chris Browne of Third World Cop.

“Calypso Rose, the ‘Mother of Calypso’, is a living legend, and the documentary features the many faces and facets of her life, including her reflective moments, a great passion for fishing and spirituality,” read the communiqué. “It is a film not only about her vision and ancestral history, but also recounts the journey of a militant and impassioned woman, an Afro-Caribbean soul, and an exemplary artiste, who has touched the life of her people at home and many others in distant lands.”

The documentary is set for screening Wednesday, September 7 at Lakeshore Terrace.

Meantime, Ghett’a Life premieres at the Studio Theatre. Ten years in the making, the wholly Jamaican film – funded by local investors and featuring indigenous talent and music – is a depiction of what life can be like in inner city Kingston. The “against the odds” drama – set in a politically turbulent community – tells the story of Derrick, a determined teenager, struggling to realise his dream of becoming a champion boxer despite a country, community and family driven by divisive politics.

The Toronto Showcase, among other goals, aims to raise the international profile of Caribbean film, support the growth of a vibrant world-class Caribbean film and television industry, and serve as a platform for promoting the Caribbean as a premier warm weather travel destination and location for film production.

“We are overjoyed to present the North American premiere of not just the latest Caribbean films, but the best of the brightest of Caribbean filmmakers at our September 2011 showcase,” said Frances-Anne Solomon, CEO of CaribbeanTales Worldwide Distribution. She added that many other exciting films will be screened during the 10-day showcase which also features a market access incubator for Caribbean filmmakers.

For the original report go to http://www.antiguaobserver.com/?p=63586