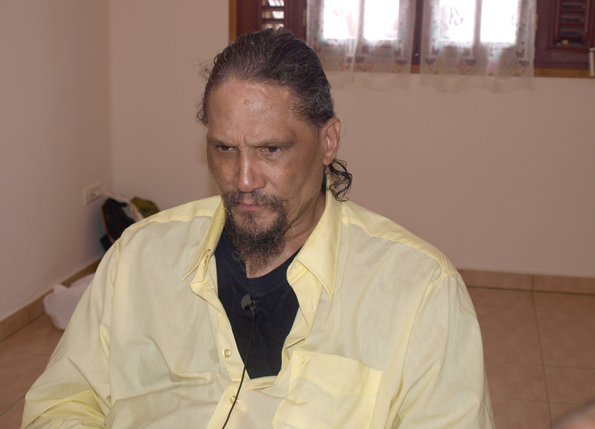 Today, August 7, 2011, Pierre Just Marny—dubbed “la Panthère noire” [The Black Panther]—died with the dubitable credit of being the inmate with the longest detention time in France (after Lucien Léger, who carried out 41 years in prison before being released in 2005). Antilla blog reports that the reasons for his long incarceration are unclear.

Just Marny was born on August 6, 1943 in Fort-de-France, Martinique. Nicknamed “Black Panther,” he lived through the longest detention, 48 years, although it is not clear why; he seems to have paid twice over for his crimes, according to his detention time, and was unable to receive parole, although he had already paid his “legal” debt to society. Just Marny had always refused to go to France to appear before the commission to assess the application for his release.

In 1963, he was sentenced to four years in prison, two suspended, for a case of robbery. He was granted permission to visit to his parents before leaving the Martinique prison for a jail-school in France.

He took the opportunity to escape and begin his search for his former accomplices, which he suspected of betrayal. On September 2, 1965, Pierre-Just Marny left prison. Armed with a rifle, he went to Schœlcher at Fort-de-France, leaving behind three dead and four wounded. Police searched for six days. On the afternoon of September 8, 1965, Marny was arrested on Redoute road but escaped from the prison at Fort-de-France on October 10. On October 19, he was recognized in the vicinity of Sainte-Thérèse. Surrounded by gendarmes, Marny refused to get down on the ground. Although unarmed, he was shot in the lung and abdomen.

Part of the population stood behind his cause. Three days of rioting followed in Fort-de-France, leavin behind one dead and 40 injured. On November 24, 1965, he is discreetly taken by a military plane to Paris to be judged. On May 28, 2008, 43 years later, he was brought back to the Ducos prison in Martinique. His requests for release were refused.

In Martinique, “the Marny affair” produced much incensed discussion, splitting the population in two camps: thos who saw him as a criminal and those who saw in him a popular hero and a symbol of discrimination against Blacks and the poverty-stricken of the French overseas departments.

In a 2010 interview, Marny regretted how his life had taken such a tragic turn due to an “error of youth.” He added, “Today, whenever I think of my mother, I cry. She was spoke to me so much, but I did not obey her. I went to prison at age 19. I was young, I was illiterate; there were many things that I could not understand.”