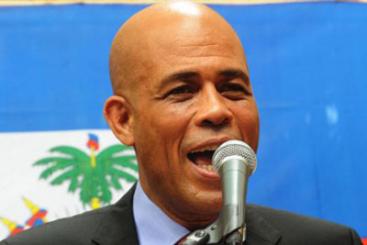 The United Nations has encouraged all political actors in Haiti to search for a consensus amid the ongoing struggle between President Michel Martelly and Parliament over the confirmation of a new prime minister. The call came in a release issued after lawyer and former justice minister Bernard Gousse was rejected by the Senate on Wednesday, a month and a half after the Chamber of Deputies refused to ratify the nomination of Martelly’s first pick Daniel-Gerard Rouzie.

“MINUSTAH is concerned about the absence of a government in Haiti for almost three months,” the mission stated. “This limits the State’s ability to implement its programmes, to guide the reconstruction process, and to meet its responsibilities towards the people of Haiti.”

The country, the poorest in the Western Hemisphere, is still struggling to recover from the devastating 2010 earthquake that killed more than 200,000 people and displaced 2.3 million others. It is also currently bracing for the possibility of flooding following the passage of Tropical Storm Emily overnight, and other storms that are likely during this year’s Atlantic Hurricane Season.

“MINUSTAH respectfully reminds all political players in the country of their responsibility to work in the best interests of the nation,” the mission said. “As the hurricane season starts, MINUSTAH encourages all political actors to negotiate and search for a consensus which would lead to the good governance of Haiti,” it added.

President Martelly has been unable to implement policies to help the struggling nation because of the stalemate in approving a prime minister and, therefore, a Cabinet.