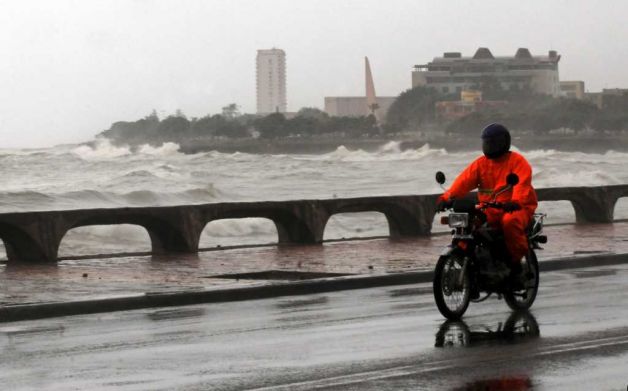 Dominican Today reports that “drenching rains, flooded streets in the capital, thousands evacuated and dozens of flights suspended in Tropical Storm Emily’s wake as it buffeted Dominican Republic yesterday, but sputtered toward Haiti after colliding with the mountains.”

Although the National Meteorology Office (Onamet) discontinued the tropical storm warning and the National Hurricane Center in Miami downgraded it to a low pressure system, the Emergency Operations Center (COE) maintains most of the country under flash flooding and mudslide warnings from the storm’s remnants.

COE said 7,534 were evacuated, and 1,549 of those taken to shelters mostly the San Juan, Barahona, San Pedro, San Cristóbal, Santo Domingo and Samaná, while swelled rivers cut off 47 communities in Monseñor Noel, Azua and San Pedro and Azua.

Emily is the third storm to collide and weaken with the country’s mountains, with Hurricane David, a Category 5, downgraded to barely as a Category 1 in 1979, and Georges, a Category 3, weakened to a tropical storm in 1998.