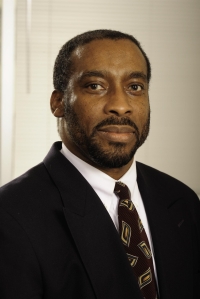 This year, the Jamaica Association of Maryland will present the Marcus Garvey UNIA Award for outstanding educational and community service to Professor of Biology at Morgan State University, Dr. Joseph Whittaker.

Dr. Joseph A. Whittaker received his doctoral degree in physiology and biophysics from Howard University in 1988. He then joined the University of Tennessee Health Sciences Center in Memphis, Tennessee as a Postdoctoral Fellow in the Neuroscience Center of Excellence. Dr. Whittaker later joined the faculty of Howard University, and subsequently Morehouse School of Medicine (MSM) in Atlanta, GA, where he served for 14 years in the Departments of Anatomy & Neurobiology as well as Psychiatry and Behavioral Sciences. While at Morehouse, he conducted research in basal ganglia anatomy and physiology and spearheaded an initiative to establish the MSM Developmental Neuroscience Program. This initiative drove the design and construction of the current Neuroscience Institute, the first of its kind in a Historically Black College and University (HBCU), and became a prototype for 12 new NIH-supported Specialized Neuroscience Research Programs currently existing at minority-serving institutions across the United States.

Throughout his career, Dr. Whittaker has served in numerous academic and leadership roles. He was a member of the MSM medical and graduate faculty, directing courses in graduate neuroscience as well as in psychiatry. [. . .] At the national level, he has been a member of numerous grant review panels and committees. These include scientific and program review panels at the National Science Foundation, National Academy of Sciences, National Institutes of Health, as well as advisory panels at several institutions across the USA. Dr. Whittaker currently holds membership in the Society for Neuroscience, International Brain Research Organization and is the current President of the Sigma Xi Research Society.

[. . .] Dr. Whittaker has been a devoted teacher, leader and researcher for more than 20 years. He has been recognized for his many contributions to undergraduate, graduate and medical education as well as to research, faculty and institutional leadership and development.

Dr. Whittaker is currently the dean of the School of Computer, Math, and Natural Sciences at Morgan State University.