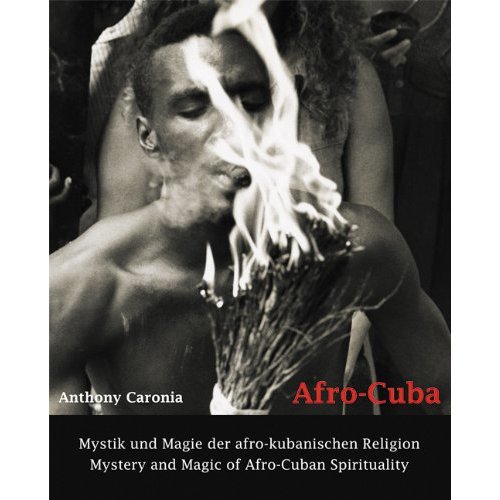 Description: The purpose of this photographic project is to carefully report on a complex religion, its different ceremonies and rich folklore; a window into a magical world, a world where African spirits manifest their presence in everyday Cuban life.  Rodriguez Alonso provides a historical introduction chapter and descriptions of religious rites and beliefs for Caronia’s photos.

Anthony Caronia (1968, Rome) studied photography in New York and Rome. His photographic work focuses on world cultures; he has photographed (and lived in) countries such as Malta, Mexico, Qatar, Saudi Arabia, the United States, and now lives in Brazil.

Ania Rodríguez Alonso (1977, Havana) studied art history at the University of Havana and is currently a curator and an art critic.