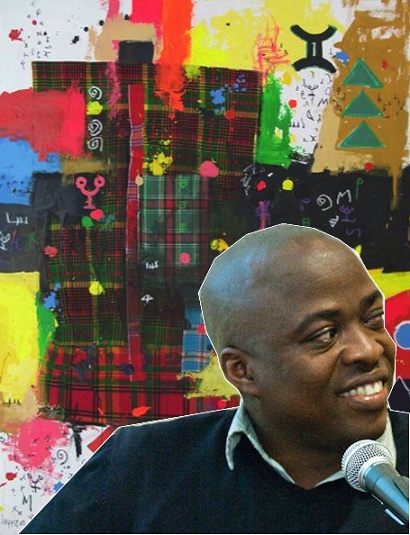 On June 21, 2011, Surinamese visual artist Marcel Pinas’ Kibii Foundation and the Readytex Art Gallery launched a series of art exhibitions under the framework “Kibii Wi Koni Marcel Pinas, The Event.” In describing Marcel Pinas, Srananart’s Blog states: “The artist’s innovative artworks in a variety of forms (from installations to objects, from videos to paintings), the strong social message within, the ambitious mission for his home district of Marowijne and Pinas’ worldwide achievements in the field of art, simply demand an event of much larger scale than a standard art exhibition.”

A comprehensive exhibition of primarily three-dimensional artworks opened on June 21 and will be one view until June 28 at the KKF, Prof. W.J.A. Kernkampweg 37 in Paramaribo. This exhibition also showcases the majority of artworks that Marcel Pinas has previously exhibited abroad. The evening program consists of lectures, a krutu (conversation), guided tours and cultural performances. On this occasion a new book about Marcel Pinas will also be presented, Marcel Pinas: Artist, more than an artist.

Following this show, there will be two more exhibitions. One will gather Pinas’ new works, primarily paintings, to be shown from June 29 to July 3 in De Hal, Grote Combéweg 45 in Paramaribo. This exhibition includes a presentation from Tembe Art Studio (TAS). The third event is a comprehensive exhibition in the district of Marowijne, where Pinas’ work will be on display from July 30 until October 30 in de EBS-Hal, Abraham Crijnssenlaan 42 in Moengo. 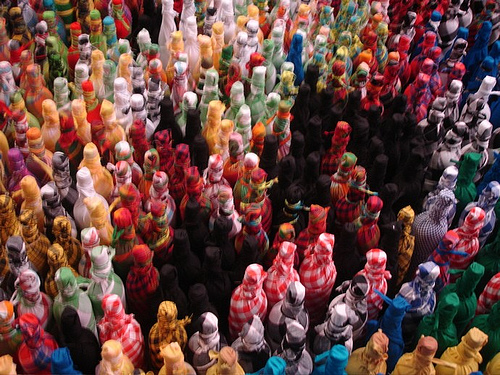 Description: The project Kibii Wi Koni Marcel Pinas, The Event presents the work of Surinamese artist Marcel Pinas, who is known worldwide for the culturally inspired artworks and art objects which he creates under the theme Kibri a Kulturu (preserve the culture). With his work, Pinas creates a lasting record of valuable elements from the maroon culture and by doing so contributes, in his own unique way, to the preservation of the culture that is also his own heritage. In the past few years Pinas has, in part also because of his residency at the Rijksacademie in Amsterdam, exhibited numerous fascinating installations and multimedia art objects on many occasions in Europe and other countries in the region. With his art, Pinas calls not only for the preservation of the maroon culture, but also aims to draw attention to serious social and environmental issues currently threatening the wellbeing and the existence of maroon and indigenous communities in Suriname.

Through his Kibii Foundation in Suriname, which operates mainly from the town Moengo in the Northeastern District of Marowijne, Pinas works on the development, the motivation and the creation of an inspirational nucleus, a space where art and culture education is offered to young and old in order to provide them with the skills to create a better future for themselves and their families. The Tembe Art Studio (TAS) at Moengo is the center of all these activities.

Marcel Pinas was born on March 22, 1971 in Pelgrimkondre, in the district of Marowijne in northeast Suriname, close to Moengo and Moiwana, two places central in the conflict in the Interior War. Nothing remains of his native village. “There is nothing left of the place I grew up. It is like a dream: you can see it, but not in reality. Everything has disappeared because of the civil war.

[Many thanks to Nicholas Laughlin and Christopher Cozier for bringing this event to our attention.]

See the artist’s site at http://www.marcelpinas.nl/

The first photo is from http://framerframed.nl/en/people/marcel-pinas/; the second, is his work “Konis,” featured in Small Axe; see http://smallaxe.net/wordpress3/works/2009/05/18/rob-perree-the-wakaman-project-2006-09/