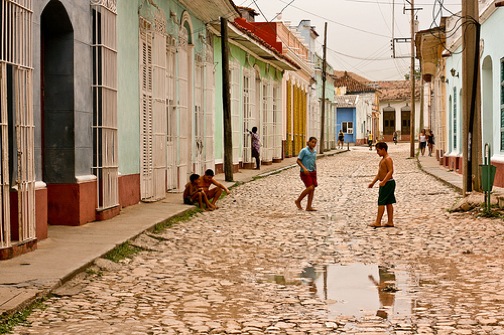 Cuban scientists calculate that median sea levels around the Caribbean nation will rise more than 30 inches by the end of the century due to global climate change, the Associated Press reports.

Models predict the sea will rise 10.6 inches (27 centimeters) by 2050, and 33.5 inches (85 centimeters) by 2100, Abel Centella, scientific director of the country’s Meteorological Institute, was quoted by Communist Party daily Granma as saying.

There were no details of what preparations the island is undertaking, but Granma said scientists are closely monitoring sea levels.

Government scientist Marcelino Hernandez warned of the need to protect environments that can mitigate the effects of sea encroachment.

“Right now it is urgent to preserve mangroves, coral reefs, sea grass and sand beaches,” Hernandez was quoted as saying. “Each of these ecosystems is a natural barrier to defend the coasts from the impact of climate change. If they deteriorate, the consequences will be worse.”

International scientific studies have projected sea levels will rise between 30 and 75 inches (190 centimeters) by the end of the century, fed by melting glaciers and ice caps.

The rises will not be uniform worldwide due to currents, winds and other factors.

For the original report go to http://www.washingtonpost.com/world/americas/cuban-experts-warn-median-sea-levels-to-surge-30-inches-by-centurys-end/2011/06/17/AGIoN4YH_story.html