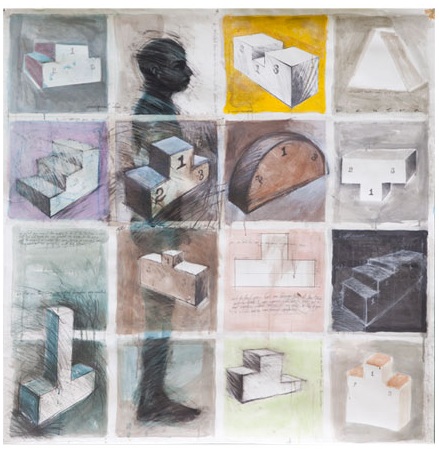 David Krut Projects presents “Fugitive Vision,” a group exhibition of works by a variety of artists from around the globe, including the well-known Trinidadian artist Christopher Cozier. Other artists include Christiane Baumgartner, Joseph Hart, Whitney McVeigh, Ryan and Trevor Oakes, Phil Sanders, Sara Sanders, and Mary Wafer. The exhibition is on view from June 9 to July 23, 2011. The opening reception takes place on June 9, from 6:00 to 8:00pm. David Krut Projects is located at 526 West 26th Street #816, New York, New York.

Description: The human eye continuously absorbs and categorizes an endless flow of visual information, encountering, simultaneously and unconsciously, objects in one’s path. We process this visual overload of masses, materials, and actions by forming connections between the external and ourselves. Our vision is always shifting, because the visible — as the Impressionists understood, and the Cubists later expanded upon — is by nature, fugitive, and cannot be understood from a fixed perspective. The works in this exhibition explore the frameworks that surround and influence this subjective vision. Highlighting the interplay between sight and site, “Fugitive Vision” investigates the relationship between visual modes of perception and representation.

Christopher Cozier explores the confrontation between the sight of one’s body and the stratification of self, revealing embedded, prescribed notions of identity and masculinity. As a symbol of success and division, the rostrum appears in his drawings, in various configurations, exposing the hierarchy of cultural identity as a production of a game or contest. Unoccupied, the symbol of the rostrum becomes an uninhabitable platform that pervades the pictorial space, questioning the commensurability between culturally-coded sight and a predetermined place.