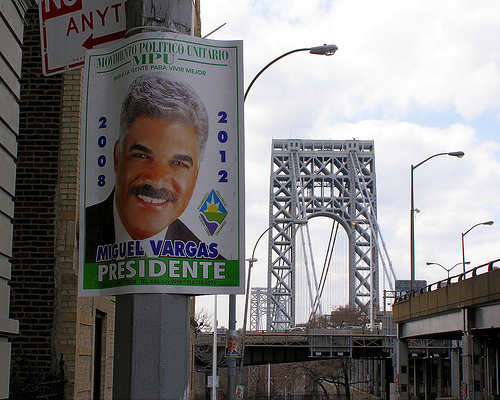 A new bill establishes that expatriate Dominicans can vote in the 2012 presidential elections abroad and will elect seven overseas legislators. Two of these will represent the Caribbean Basin and Latin America, three will be elected for Canada and the United States and two for Europe.

The bill was prepared by the Central Electoral Board (JCE) in compliance with Article 96 of the 2010 Constitution.

The Dominican Congress approved the bill on February 11, 2011 but its implementation was delayed, after President Leonel Fernández returned it to the chamber with observations that he later revoked.

Registration is open at voting centers abroad until December 2011 for the May 20, 2012 election. An estimated 200,000 Dominicans have registered to vote abroad.