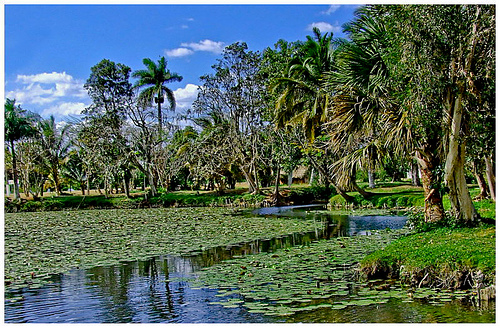 Authorities from the Cuban Ministry of Science, Technology and Environment (CITMA) in Matanzas are increasing actions to preserve biodiversity in its Biosphere Reserve and 22 protected areas. On May 22, International Day of Biodiversity, specialists have organized talks in schools and communities to raise awareness on the importance of preservation. Here are some examples:

Actions in the Ciénaga de Zapata ––the biggest swamp in the Caribbean––which was declared Biosphere Reserve by the UNESCO are oriented to maintaining balance and preserving autochthonous species rather than invader flora and fauna. Efforts in the Ciénaga de Zapata are mainly focused on the control and management of catfish, the elimination of sicklebush, and the control of the melaleuca bush and the myriophllum aquatic plant.

In Cuba, there are other five Biosphere Reserves: Sierra del Rosario, in Pinar del Río and Artemisa provinces; the Peninsula of Guanahacabibes, in Pinar del Río; Baconao Park, in Santiago de Cuba; Cuchillas del Toa, in Guantánamo and Holguín; and Buenavista in the north central part of Cuba.

Preservation brigades from the National Enterprise for the protection of the flora and fauna of the Cuban Ministry of Agriculture and the Fishing Ministry are continuing the preservation actions, under the guidance of CITMA.