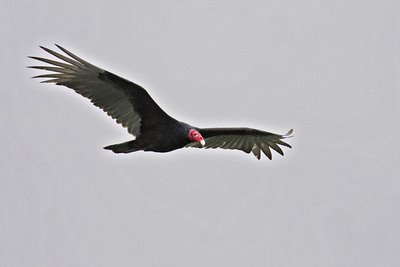 A vulture flew into the engine of the outgoing Caribbean Airlines flight forcing the aircraft to make an emergency landing at the Cheddi Jagan International Airport. According to the state-run Government Information Agency (GINA), the passengers on Caribbean Airlines flight 662 departing the airport (CJIA) en route to Trinidad with other connections to Toronto experienced the first noted incident of a bird-strike of a large commercial jet liner. The GINA report said that 152 passengers and crew aboard the plane landed safely but the Aviation Minister Robeson Benn said the engine sustained critical damage and engineers were working to repair the aircraft.

GINA quoted Benn as saying that steps would be taken to eradicate the birds that sometimes hover at an altitude of 3,000 feet over an area where pig and chicken entrails are disposed. Benn noted that noting that “a great amount of efforts has been expended over the last two years to have some of these operations removed from the vicinity of the airport.”

All the necessary arrangements were in place on the ground for landing and passengers were given needed attention. The passengers were able to depart Guyana on another Caribbean Airlines flight a few hours later.

One thought on “More on Birds (versus Planes)”