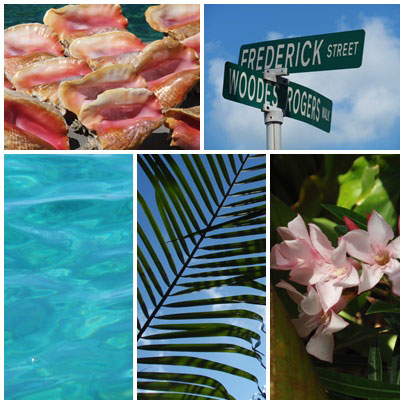 Hundreds of photographs were received by the Downtown Nassau Partnership (DNP) for the “Capture the Spirit of the City” collage project. People of all ages submitted photos featuring Nassau through different lenses. Gevon Moss, DNP project manager, lauds the quality and quantity of the images received and explains that “The project causes one to pause and see downtown for what it is and what it can become. I believe the true spirit of downtown was captured by the contributors.”

The winner will be announced at a special event and will receive a $500 gift card as the grand prize. The photo collage of the City will be unveiled as a truly dynamic and vibrant contribution to the city’s revitalization, as part of the celebrations for the 150th anniversary of the city of Nassau in November 2011. Gevon Moss writes:

For many participants, the project allowed them to tap the spirit of the City. Every bit of the city was captured. The most recurring theme in the photos was public safety captured in the presence of police in the downtown area. The color hues in buildings, vehicles, trees, animals, people and other objects reflect a unique sense of place and showcased the vibrancy and vigor of Nassau. Some photos captured the recent fire in downtown and the soon-to-be completed Straw Market; illustrating the changes that are being made—some planned and others beyond man’s control.

There are images of nature. The flowers, birds, horses, trees, sky, sea, sun and clouds serve as reminders that other species inhabit downtown. As humans, we share downtown with all of nature. The photos also featured established and emerging downtown businesses. The photos reflect the hospitality, passion, and creativity of the people which results in a service culture and experience unique to the city.

The DNP will continue to find creative opportunities for the community engagement in the revitalization of the city of Nassau. This project alone has generated more discussions on the possibilities and the need for the public to get involved in shaping the city.