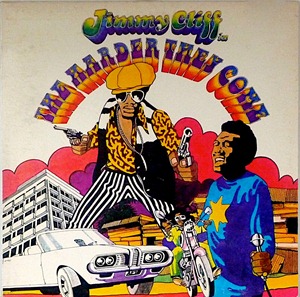 In 2012, there will be a remake of Perry Henzell’s The Harder They Come, the 1972 low-budget film that brought attention to reggae music and Jamaican popular culture. Filming is scheduled to start later this year in Jamaica and London. Here are excerpts from the Jamaica Gleaner article:

Chris Salewicz, the respected British writer, did most of the writing for the new-look movie but Henzell [Henzell’s daughter, Justine Henzell] said a cast is still being assembled. Salewicz has written extensively on reggae including the book, Songs of Freedom, as well as an authorised Bob Marley biography.

[. . .] The Harder They Come remake is a joint venture between Henzell, British company Xingu Films and Conquering Lion Pictures which is based in Toronto. “Over the years, many people have approached us with remake ideas but for the first time I am confident we have a team that will honour the original, while creating a new narrative worthy of the legacy,” Henzell said.

[. . .] Released at a time when reggae music was taking off internationally, The Harder They Come was an international sensation. Shown in small cinemas throughout the United States, Canada and Europe, it gave fans an intimate look at Jamaica’s emerging pop-music culture and won the Best New Cinema award at the 1973 Venice Film Festival. Its soundtrack included songs like the title song, “You Can Get It (If You Really Want)” and “Sitting in Limbo,” all performed by Cliff; “Pressure Drop” by Toots and The Maytals and “By The Rivers of Babylon,” done by The Melodians.

A stage version of the film opened in London in 2008, and has played in south Florida and Toronto. The Harder They Come’s trailblazing achievements were recognised last year by the American Cinematheque in Los Angeles.

5 thoughts on “The Harder They Come, the Remake”