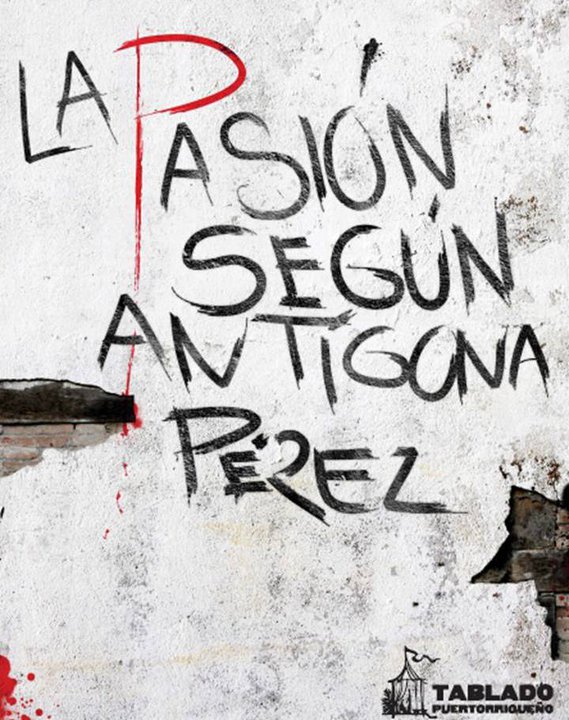 I am so glad to see that one of my favorite plays, La pasión según Antígona Pérez [(The) Passion according to Antígona Pérez], written in 1968 by leading Puerto Rican playwright Luis Rafael Sánchez, has returned to the stage. It is being performed as part of the Festival of Puerto Rican Theater. It will be staged from Friday, April 8 at 8:30pm to April 17 at 11:30pm at the Center for Performing Arts, which this year celebrates its 30th anniversary, in Santurce, Puerto Rico.

Farandulin.com explains, “Although La pasión según Antígona Pérez has been read by many, few theater lovers have had the opportunity to see it staged. Generations of students and scholars of Puerto Rican literature have devoured the fascinating text, having to settle for their imagination in the absence of a true theatrical experience.”

Now director/producer Gilberto Valenzuela has gathered an excellent cast to embody Sánchez’s mythical characters. The central dueling characters, Antígona (the rebel) and Creón (the tyrant), will be played by Yamaris Latorre and Jorge Luis Ramos. The “powers behind the throne”—the Machiavellian first lady and the slippery Monsignor—will be represented by leading actors Cordelia González and René Monclova. [It is interesting to note that Monclova’s mother, the great Myrna Vázquez, was Antígona in the 1968 premiere.] Antígona’s mother will be played by celebrated actress Gladys Rodríguez. Jazmín Caratini will play Antigona’s friend. This production will also feature the exceptional talents of Jimmy Navarro, Luis Gonzaga, Juan Pablo Díaz, Teresa Hernández, and Francisco Capó.