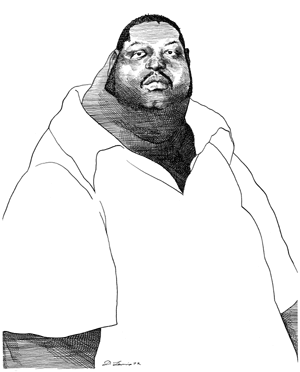 Haitian legal authorities on Friday were awaiting the execution of a warrant for the house arrest of former dictator Jean Claude Duvalier, hospitalized in this capital for alleged heart ailments, solvisión reports.
Duvalier, who arrived in this Caribbean nation on January 16 after 25 years of exile in France, went into the hospital on Wednesday before a judge issued the order. According to Metropole radio station, the judge made his decision in face of evidence of crimes against humanity and embezzlement during the 15-year mandate of Duvalier, also known as “Baby Doc.” The defendant deposited over seven million USD in Swiss banks, allegedly stolen from public funds, and human rights organizations attributed to him thousands of deaths and a regime of terror.
Duvalier´s lawyer, Reynold Georges, questioned the validity of the arrest warrant, saying “it was delivered at a hospital and not in his house.” Georges said he would appeal the measure immediately.

For the original report go to http://www.solvision.co.cu/english/index.php?option=com_content&view=article&id=2100:haitian-authorities-await-duvalieras-arrest&catid=3:internationals&Itemid=120

Image from the New York Review of Books at http://www.nybooks.com/galleries/david-levine-illustrator/1972/jun/29/jean-claude-duvalier/