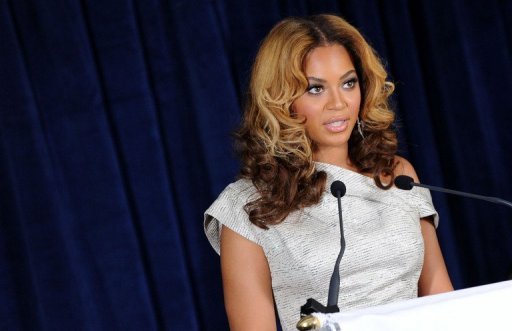 Grammy-winning singer Beyoncé donated money received for a New Year’s Eve concert reportedly for Moamer Kadhafi’s son to help Haiti relief over a year ago, a spokeswoman said this past week.

Beyoncé gave the money away as soon as she learned of the Kadhafi connection to the concert at a private party on the Caribbean island of St. Barts on December 31, 2009. “All monies paid to Beyoncé for her performance at a private party at Nikki Beach St. Barts on New Year’s Eve 2009 …were donated to the earthquake relief efforts in Haiti, over a year ago,” said spokesperson Yvette Noel-Schure. “Once it became known that the third party promoter was linked to the (Kadhafi) family, the decision was made to put that payment to a good cause,” she added, saying the donated money included payments to her booking agency.

The New York Post reported in early January 2010 that Beyoncé had sung five songs, dressed in a sexy black leotard, at the Caribbean island party thrown by Kadhafi’s son Hannibal. The newspaper could not confirm how much was paid for the gig, but said that her husband Jay Z was also at the party, along with singer Usher and troubled starlet Lindsay Lohan.

The Beyoncé announcement came after Canadian singer Nelly Furtado said Monday she would give away $1 million she received from for a performance “for the Kadhafi clan” four years ago in Italy.

Beyoncé has been cited in media reports along with Usher, Mariah Carey and Lionel Ritchie as having been paid up to $1 million dollars each to perform for members of Khadafi’s family in recent years.

For the original report go to http://www.google.com/hostednews/afp/article/ALeqM5iZ-ZJRKBxgRV45K_1oioOhozwzQQ?docId=CNG.4103fec93a330f1c195d92e86c2ce8c3.fc1