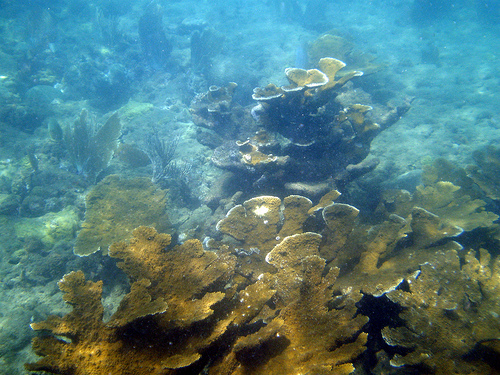 Craig Hanson, director of the People and Ecosystems program at the World Resources Institute, reminds us that although we may enjoy coral reefs as places of recreation and wonder, “reefs are also an economic pillar for many countries.”

Take, for example, the Caribbean nation of Belize. A recent analysis by several of my colleagues concluded that the country’s coral reefs contribute the equivalent to 10 to 15 per cent of the nation’s GDP, primarily through tourism and fisheries. Likewise, the avoided damage to buildings and infrastructure that reefs provide by serving as a “speed bump” for tropical storms equates to the same GDP percentage. Belize is not alone. At least 94 countries and territories benefit from the tourism, fisheries, and shoreline protection provided by reefs. In nearly two dozen of these, reef tourism accounts for more than 15 per cent of GDP. Coral reefs, it appears, are both natural wonders and economic foundations.

But reefs are at risk. In our new, comprehensive analysis, Reefs at Risk Revisited, the World Resources Institute and our partners found that about 75 per cent of the world’s coral reefs are under threat. The most immediate and direct pressures arise from local sources, with overfishing and destructive fishing techniques affecting about 55 per cent of the world’s reef area. Other local threats include coastal development, sediment run-off and pollution.

Coral reefs are also facing the threat of climate change. As sea temperatures rise, many corals bleach and die. Vast reef areas in south-east Asia are experiencing severe bleaching, weakening these fragile ecosystems. Furthermore, as carbon dioxide emissions from power plants and other sources increase globally, the oceans are becoming more acidic. Ocean acidification makes it difficult for reefs to build and maintain their complex skeletons–resulting in an “osteoporosis of the reef.” By nature, coral reefs are resilient. They can bounce back from the effects of any one particular threat. But these local threats combined with climate change pose a devastating one-two from which many reefs may be unable to recover.

The state of the world’s reefs is not just an ecological crisis, but also an economic one. Industries such as tourism, real estate, insurance and fisheries all face daunting prospects as one of their economic pillars disintegrates. Economic ministers and chambers of commerce should be concerned and raise their voices in support of policies to save coral reefs.

Governments have taken extraordinary steps to salvage collapsing industries during the global economic meltdown. The United States, for instance, rescued its automotive manufacturing industry that accounts for about four per cent of its national GDP. With reefs underpinning a greater share of GDP for many countries, will governments now take similar extraordinary steps to protect them?

While reducing greenhouse gas emissions has to be a global, collective effort in order to be effective, individual nations have it within their power to reduce or even eliminate local threats to coral reefs.

Through these and related actions, countries just might be able to rescue the reefs, and the economies, currently at risk.

3 thoughts on “Saving Coral Reefs is Both Economic and Conservational”