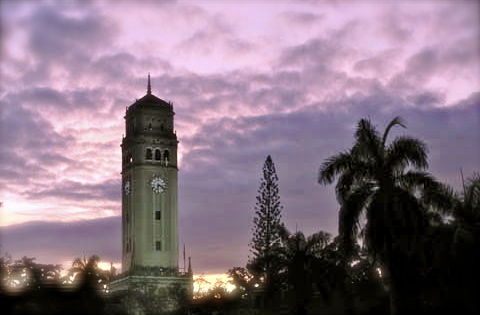 Luce López Baralt’s recent article in El Nuevo Día, “La UPR vive: un alto a la desesperanza” [roughly translated as “The University of Puerto Rico Lives: Let’s Put Despair on Hold”], brought tears to my eyes. In her quintessentially elegant fashion, Dr. López Baralt called for putting despair on hold and not adopting a defeatist attitude vis-à-vis the apparent attempt to dismantle the venerated University of Puerto Rico, brick by brick, and department by department. Here is her commentary in its entirety with a link to the original article (in Spanish) below:

The University of Puerto Rico is not dead. We will never let her die. I assume the privilege of being a spokesperson for hope, because new creative forces are gathering to avert the worst moment in our history. The UPR, which has been the great socio-economic leveler of the country, is simply our best collective creation. It has taken much wisdom and much consensus to establish what in a few months we could see turned to ashes.

The University administration, against the recommendations of the Middle States Association, has opted for a style of sparsely participatory governance, which could ruin the institution’s accreditation. I understand when students question the “stabilization” fee of $800, because my sister Mercedes and I, with our ailing father, would not have been able to study without the help of our public institution. However, I urge people to negotiate with maturity, so that we can all share the fiscal misfortune that has befallen us and so we can continue with our academic work. The tensions at the Río Piedras campus, which has been transformed into a lair for riot squads, have forced many students to feel to private institutions and many teachers to leave the classroom. The university administration, as if collaborating with this dismantling, has destroyed the prestigious [journal] Revista La Torre, whose last issue, edited by Edgardo Rodríguez Juliá, lies in the same limbo as books by the Editorial [the university press], which include an anthology of Ernesto Cardenal’s work and a tribute to Luis Rafael Sánchez. This destruction evokes the Spanish Civil War cry: “Death to intelligence!”

In the midst of this ruinous feast, the Department of Hispanic Studies receives a few tables of numerical computations announcing that it has been put “on hold.” Nobody knows the meaning of this new electronic term—which does not exist in any university handbook—since the memo is unsigned. One thing is to reduce the size of an institution, another is to denigrate it.

It is fair to insert the UPR situation in the context of the global economic crisis that has also shaken other universities. The Humanities tend to be the first to be affected; Martha C. Nussbaum (Not for Profit: Why Democracy Needs the Humanities) has reacted against this short-sighted approach that sees education as dependent on mere economic productivity. In our case, any attack on the humanistic disciplines is more serious. In the space of our Department, our destiny, our culture, and our language have been pondered. Powered by topnotch figures like Juan Ramón Jiménez, Pedro Salinas, and Jorge Guillén, whose classes were attended by the Guajana poets and El Topo, author of “Verde luz,” our Department had [the honor of having] Antonio S. Pedreira, Margot Arce, and Concha Meléndez [as professors]. Luis Rafael Sánchez, Hjalmar Flax, José Luis Vega, and Rosario Ferré passed through our classrooms. Two of our [former] faculty members have received the Nobel Prize—Juan Ramón Jiménez and Mario Vargas Llosa—and the Honoris Causa doctoral degrees for [Jorge Luis] Borges and Carlos Fuentes were initiated from [this department].

But I do not contemplate the ancient ruins of Pompeii with melancholy. Our Department is still one of the most prestigious in America, as it renews itself with writers and scholars such as Mayra Santos and Juan Gelpí. Our students offer presentations abroad in forums of undisputed soundness and publish their work in scholarly journals. Jaime Alazraki, professor at Harvard, claimed that a Hispanist was put to the maximum test when lecturing in our Department.

A Department like this does not deserve an anonymous set of tables ordering its possible extinction. That is why we have joined forces to enhance and promote our curricular offerings in an affirmative mode. The University of Puerto Rico is not dead. Nor has the most prestigious of its departments died. Together we sing the hymn of life. We await our students with open arms. We are not “on hold.” We have put the “hold” on hold. We have put despair “on hold.”

2 thoughts on “In “The University of Puerto Rico Lives,” Dr. Luce López Baralt Calls for Hope”