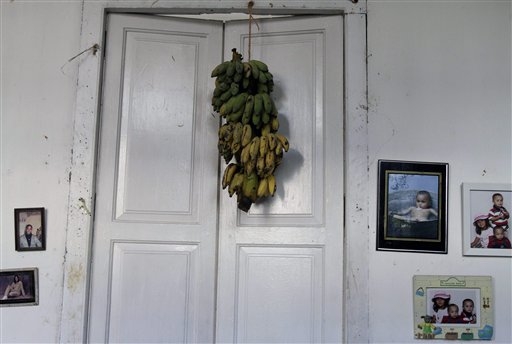 Cuba’s Santeria priests say 2011 will be a year of change and “reorganization,” characterized by growing economic openness and threats of war and coups d’etat, National Public Radio reports.

Their annual New Year’s forecast, released Monday by a panel of Afro-Cuban priests, coincides this year with the communist island’s most significant economic reforms in a generation.

“We are sure that there will be changes” in 2011, said the one of the group’s top priests, Lazaro Cuesta. “We’re certain that good moments are coming.”

In addition to predicting “commercial openings and an increase in exports and imports,” the forecast also included warnings of war, “coups d’etat and sudden political changes,” and the deaths of famous political personalities.

Similar predictions were made by the group last year, but none came to pass in Cuba in 2010.

The priests announced their latest forecast — known here as the “Letra del Ano,” or the “Letter of the Year” — following a secretive New Year’s Eve ritual that includes religious chants and animal sacrifices. Some 1,000 priests participated in the closed-doors ceremony, Cuesta said.

This year’s predictions come as Cuba launches a host of reforms aimed at scaling back the state’s control of the economy and generating new revenue for the cash-poor government. The reforms, announced late last year, include the firing of a half million state workers and an opening to some limited forms of private enterprise.

Dozens of santeros — followers of the syncretic religion that mixes Roman Catholicism with the traditional African Yoruba faith — turned out for Monday’s predictions.

“It looks to me like the signs are good for this year,” said Reineiro Espinosa, a 53-year-old bus driver who has practiced Santeria for more than a decade.

“Last year was very bad, so we’re really hoping that better things are in store for this year,” he said, as he scribbled down the forecast onto the back of a cardboard box.

The forecast said 2011 is the year of the divinity Oggun, the patron saint of soldiers, as well as Baba Eyiobe, a Santeria sign that means “double salvation.” That was also the sign in key years in Cuban history — including 1959, the year of former President Fidel Castro’s revolution, the group said.

Predictions by a rival Santeria group agreed that 2011 is the year of Oggun. In a statement Sunday, the group, which enjoys official government sanction, added that “great difficulties” would be overcome this year.

For the original report go to http://www.npr.org/templates/story/story.php?storyId=132634666

Photo 1: A bunch of bananas hangs from a doorframe of a temple where Afro-Cuban Yoruba religion priests presented the “Letter of the Year” which lists predictions made by Cuban Santeros for 2011 in Havana, Cuba, Monday, Jan. 3, 2011. The bananas are an offering for Chango saint, Lord of Fire, War and Thunder.

Photo 2: Pedro Lopez, a priest of the Afro-Cuban Yoruba religion, sits before a press conference to present the “Letter of the Year” which lists predictions made by Cuban Santeros for 2011 in Havana, Cuba, Monday, Jan. 3, 2011.