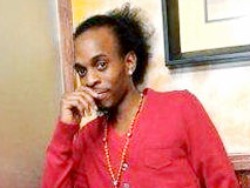 New York police have confirmed that a dancehall artiste who tried to break up a fight outside a Queens banquet hall is the city’s first 2011 murder victim, Jamaica’s Observer reports.

The police said an unidentified gunman shot and killed Dwayne Haughton, 29, during the early hours of Saturday morning in the Richmond Hill section of Queens.

Houghton, who carried the stage name ‘Bobby Genius’, was walking a friend to her car after she got into an argument with another woman, police and eyewitnesses said.

The police said they found Haughton bleeding from neck and chest wounds, and died a short time later at Jamaica Medical Centre in Queens.

Haughton had come to the party to pick up his girlfriend, Kadian Allen, when he saw a female friend get into a scuffle with another woman.

“How do I tell my son someone shot his father because he was walking a friend to her car?” Allen added.

For the original report go to http://www.jamaicaobserver.com/news/Dancehall-artiste-is-NY-s-first-murder-victim-of-2011#ixzz1A2a8qhzN