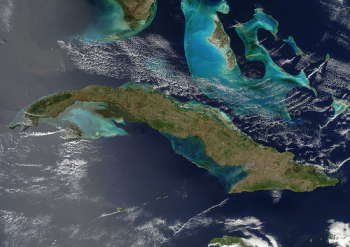 The Jamaica Gleaner reports that Cuba is prepared for the significant climate change that is set to adversely impact the Caribbean, while other countries in the region are lagging behind in their preparation efforts.

Dr Barbara Carby, director of the Disaster Risk Reduction Centre at the University of the West Indies, spoke at the fifth annual Caribbean Conference on Disaster Management at the Rose Hall Resort and Spa in Jamaica, stressing that the Caribbean islands need to prepare for the impact of climate change. She gave the example of Cuba as the leading country in terms of preparedness for disaster management: “I was in Cuba a few weeks ago and the Cuban national coordinator was able to articulate Cuba’s position on climate change: how many communities they are going to have to relocate, the way they are diversifying their agriculture and their irrigation system, etc. They have sat down and come up with their national policy and had cross-sectoral discussions already. [. . .] Of the other Caribbean countries I have dealt with, Cuba is the only one that came up with that.”

Carby’s contribution came against the background of predictions that several of these Caribbean countries are poised to lose land mass within the next 30 years because of rising sea levels caused by climate change.

Dr. Carby, a former Director General of Jamaica’s Office of Disaster Preparedness and Emergency Management (ODPEM), is credited with placing risk reduction on the national agenda and pioneering development of a national mitigation policy. She also expanded the hazard mapping program and fostered the use of hazard maps by Parish Councils in their development planning.

She served most recently as the first Director of Hazard Management Cayman Islands, where she established a full-time national office for disaster risk management and developed a national strategic framework for disaster risk reduction which will guide their national programs.

Dr. Carby has worked on several disaster management programs regionally, and has also served in a voluntary capacity on the United Nations Scientific & Technical Committee for the Decade for Natural Disaster Reduction and as a member of the Advisory Board for the UN Central Emergency Response Fund.