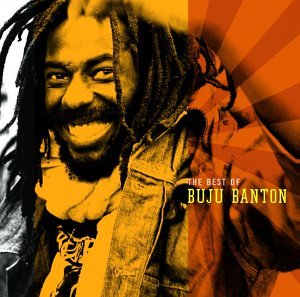 Buju Banton is spending more than $20,000 a month to stay out of jail while he awaits his retrial on drug trafficking charges, a controversial move, as the Tampa Bay Online site reports:

That’s how much Banton’s lawyer says a private security company is charging to watch the Jamaican reggae singer around the clock – a condition of his bail set by U.S. Magistrate Anthony Porcelli.

The security guards are not there to protect the singer, who is also required to stay in his South Florida home with electronic monitoring. Rather, they are required to ensure Banton doesn’t flee the country.

Banton, whose real name is Mark Myrie, could face up to life in prison if convicted. He spent 11 months in the Pinellas County Jail following his arrest last year and was released only after a jury deadlocked in his first trial in September.

His retrial is scheduled for February.

Banton is not the first federal defendant allowed to remain free before trial under conditions amounting to what some describe as a privately financed prison.

Most notably, Bernard Madoff stayed out of jail after his arrest in a massive Ponzi scheme, holed up in his swanky Manhattan home with security guards paid for by his wife.

Another New York Ponzi scheme defendant, lawyer Marc Dreier, was released from jail pending the outcome of his case after his relatives agreed to pay $70,000 a month for private security guards.

And in Tampa, 79-year-old family therapist Charles Jackson Friedlander avoided jail pending trial after the court accepted a proposal by his lawyer that he be guarded by retired law enforcement officers.

Friedlander was later sentenced to 30 years in federal prison for trying to beat and sexually molest two prepubescent boys whose father he met on the Internet.

Allowing defendants to gain pretrial release by paying for private security is an example of the justice system giving advantages to the wealthy, said Robert Batey, a professor at Stetson University College of Law.

“I do think there are obvious problems,” Batey said. “People with a lot of money can do better in the legal system.”

But Friedlander’s attorney said the security arrangement was good for the defendant and the government.

“There’s no doubt that he would be in jail if he couldn’t afford private security,” George Tragos said. “Somebody has to pay for that pretrial supervision, and I would rather the person charged with the crime pay for it than my tax dollars.”

To help pay for Banton’s security, as well as for his legal defense and other expenses, lawyer David Oscar Markus got court approval for the four-time Grammy nominee to perform in concert in Miami, likely in December or January.

Porcelli denied the request, citing his concern about the risk Banton might flee. Markus appealed to U.S. District Judge James Moody, who granted permission after Markus provided an affidavit from the security company detailing how the singer would be guarded during the concert.

Banton’s manager, Tracii McGregor, said, “There has been a lot of talk about benefit concerts” by other musicians to raise money for Banton. But, for now, the focus is on the planned show.

McGregor said Banton has experienced financial hardship as a result of his incarceration.

“He is a family man with children who have school fees and numerous other expenses to be paid,” she said in an e-mail via Markus. “He has a full band (and tech staff) who have played with him exclusively for 15 plus years and who rely on his steady stream of international bookings for their own incomes.”

Two men indicted along with Banton, including the singer’s driver, have pleaded guilty and are awaiting sentencing.

Banton maintains he was set up by a well-paid government informant. But prosecutors argued during his trial that recorded conversations showed Banton was an experienced cocaine trafficker who was trying to invest in another deal.

Dick Carelli, spokesman for the nation’s federal courts, said requiring defendants to hire security details as a condition of bail is rare but not unheard of. It’s authorized by federal statute, which requires judges to set conditions of pretrial release that ensure the safety of the community and that defendants don’t flee.

Carelli said it’s highly unusual for the arrangement to be proposed by a judge – as in Banton’s case – rather than by the defense or prosecution.

“This is a problem that affects the criminal justice system from beginning to end,” he said. “Rich people do better.”

For the original report go to http://www2.tbo.com/content/2010/dec/01/011640/reggae-stars-pretrial-release-at-own-expense-raise/news-breaking/