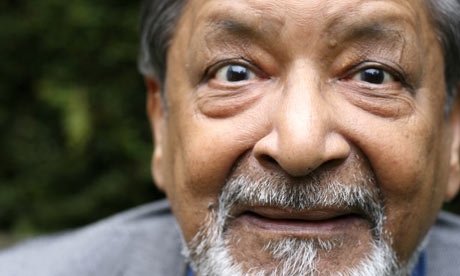 Turkish writers expressed outrage at Nobel laureate’s invitation to European Writers’ Parliament, after comments he made about Islam in 2001, Benedict Page writes for London’s Guardian newspaper.

The Nobel laureate VS Naipaul has pulled out of a literary event opening in Istanbul tomorrow, after Turkish writers threatened a boycott because of deeply critical comments he has made on Islam.

The row erupted after Naipaul was invited to give the opening speech at the European Writers’ Parliament (EWP), the brainchild of novelists Orhan Pamuk and José Saramago, which aims to bring together authors from across Europe to debate key issues of the contemporary literary scene and opens today. But several Turkish writers expressed outrage at the invitation, citing hostile comments Naipaul made about Islam nearly a decade ago.

Naipaul, who was awarded the Nobel prize for literature in 2001, caused controversy that same year by his remarks about Islam at a London reading from his book, Half a Life. The writer compared the religion to colonialism, saying Islam “has had a calamitous effect on converted peoples. To be converted you have to destroy your past, destroy your history. You have to stamp on it, you have to say ‘my ancestral culture does not exist, it doesn’t matter’.”

Debate over his invitation to the EWP began in Turkey last week when poet and philosopher Hilmi Yavuz wrote in the high circulation newspaper Daily Zaman that the invitation to Naipaul was disrespectful because he had insulted Islam in the past. Yavuz asked: “Will the consciences of our writers be at ease when sitting at the same table as VS Naipaul?” The matter was picked up by the broader Turkish media and fellow writer Cihan Aktas told the press: “The disgust he feels for Muslims in his books is appalling. I cannot attend the event given all of this.”

Though Naipaul is no longer attending the event, other illustrious names on the EWP programme include Vikram Seth, Hari Kunzru and Jason Goodwin.

Ahmet Kot, literary director of the Istanbul 2010 European Capital of Culture Agency, which is running the author event, expressed surprise at the controversy. “I was expecting to get positive reactions for bringing together people with different views,” Kot said. Nevertheless, a joint statement from the EWP and Naipaul’s literary agency, The Wylie Agency, said the 78-year-old had withdrawn from the event “by mutual agreement” yesterday, after the “politicisation” of the conference in the Turkish media had “altered the original conception of the event and Sir VS Naipaul’s contribution to it as a celebrated author”.

Naipaul, a Trinidadian of Indian descent, is the author of acclaimed novels including A House for Mr Biswas and the Booker prize-winning In a Free State, as well as a memoir of his life in England, The Enigma of Arrival. Awarding him the Nobel, the Swedish Academy praised his writing for its “incorruptible scrutiny in works that compel us to see the presence of suppressed histories”.

But he has long been a controversial fixture on the literary stage. In addition to his notorious public feud with Nobel laureate Derek Walcott, he has ignited furores on the issues of race and religion throughout his career. In his 1964 novel An Area of Darkness, he painted a highly critical portrait of India, while his reflections on Africa in his book The Masque of Africa, published earlier this year, were described as both “compellingly insightful” and “often brutal and sometimes downright rude”.

The EWP event will run until Saturday, and is set to discuss such topics as the cultural commoditisation of books and literature tailored for mass consumption, as well as how globalisation, the digital era and multiculturalism have affected the conventional boundaries of literature.

For the original article go to http://www.guardian.co.uk/books/2010/nov/24/vs-naipaul-withdraws-turkey-islam