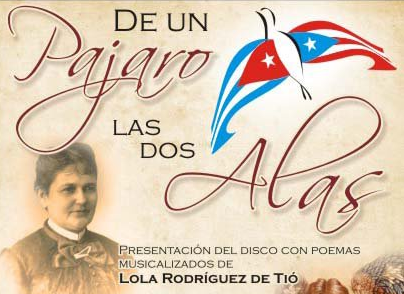 The duo has been on tour in Puerto Rico these past few weeks, presenting the album. They performed in San Germán (Teatro Sol) on October 28, in Cabo Rojo (Plaza) on October 29, and tonight, November 4, in Salinas (at Piratas del Toro Al Diente).

Duo Darias, founded in 2002, aims to spread the poetry of Cuban, the Caribbean, and Latin America by setting it to music. According to Darias, De un pájaro las dos alas took five years of hard work to complete—a labor of love.

[Many thanks to Carlos A. Laster Jr. for bringing this item to our attention.]