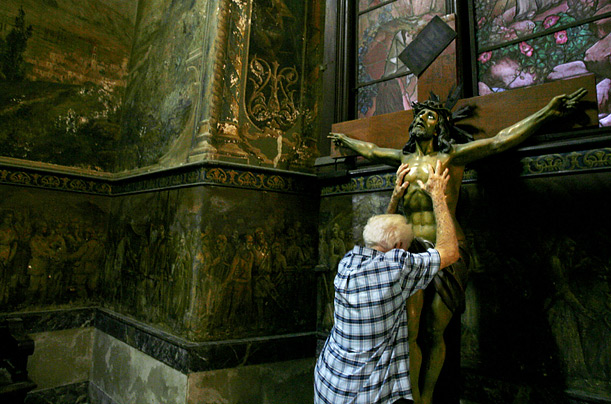 In a sign of continuing dialogue between Catholic leaders and the Castro government, the country’s first seminary in 50 years will be inaugurated on Nov. 3. The opening of the new seminary in Havana is expected to be attended by Cuban President Raúl Castro. Noting the “positive disposition” of Castro towards the Church, the rector of the new seminary, Antonio Rodríguez said, “He knows what this project means to us.”

Church leaders have taken a more significant role in mediating with the communist regime this year, especially since Cardinal Jaime Ortega of Havana negotiated the release of several political prisoners. The newly-released dissidents were then immediately transferred to Spain.

For a long time, Rodríguez said, the construction of a seminary was “unthinkable.”

“Without a doubt this increases the visibility of the Church. We need to look upon this with hope,” he said

For more go to http://www.catholicnewsagency.com/news/church-in-cuba-opens-new-seminary-for-first-time-in-50-years/