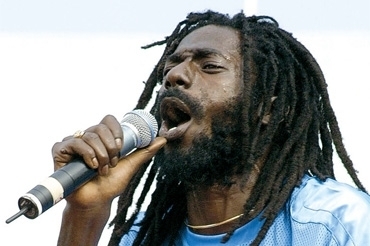 The Jamaica Observer reports that within hours of its release in North America, Buju Banton’s album, Before the Dawn, is already creating waves. See excerpts with a link to the full article below:

The album, which comes on the heels of Monday’s news of a hung jury in Buju’s drug trial, has debuted at number two on the iTunes Reggae charts for the US market. On this chart, Bob Marley’s album, Legend, holds the top spot. Other acts holding down places are Hassidic Jew, Matisyahu, Michael Franti and Spearhead and US-based Reggae band, Rebelution.

Described by Gargamel Music as a prophetic project, the album is said to encapsulate the experiences of the artiste who has been imprisoned in Florida since last December on a charge of conspiracy to possess and distribute five kilogrammes of cocaine.

Gargamel Music quotes Buju as saying, “All the songs on this album were written before I and I found I self in this current situation, yet they all speak profoundly to what I and I am going through right now…You might can lock the flesh but you can never lock the spirit of Rasta.” [. . .]

Already, the track “Innocent,” is being seen as the unofficial anthem of Before the Dawn, which is Buju’s ninth studio album. The release date for the UK and France is set for next Monday, October 4; the album will be available in the rest of Europe this Friday.