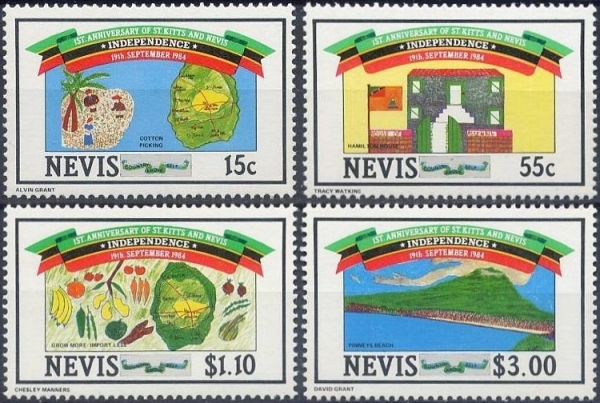 On Sunday, September 19, citizens of St. Kitts and Nevis will celebrate the Federation’s 27th Anniversary of Independence under the theme, “Strengthening families for positive nation building,” reports the St Kitts-Nevis Observer.

The country paid homage to its patriots on National Heroes‘ Day — Thursday, September 16 — a public holiday. The honorees were: Former Premier, the Right Excellent Sir Robert L. Bradshaw, who bestowed the title of Knight Commander of the Order of the National Hero in 1996; in 2004 the Right Excellent Sir Joseph N. France and Sir Caleb Azariah Paul Southwell were also elevated to the post. Analdo Richards, Spencer Horace Howell, and Dr. Spencer Eugene Amory are the 2010 National Honour Awardees.

The annual community flag-raising ceremonies took place on Thursday morning, followed by the Laying of Wreath & Guard of Honour at Robert L Bradshaw Community Park in St. Pauls. Later in the afternoon, a ceremony to bestow the 2010 Independence Family Awards was held.

He outlined a list of activities to commemorate Independence Day, including the schools’ patriotic programs and treats on Friday, and the Family Fun Run and Prime Minister’s Independence Family concert on Saturday. The free concert will begin at 8:00 p.m. at the East Caribbean Central Bank Auditorium, and will feature pianist Regina Shamvili.

Independence Day is designated the National Day of Prayer and Thanksgiving. On the same day, the Venezuela 10K marathon is scheduled to begin at 10:00 a.m. At 6:00 in the evening, the State Service will be held at the Co-Cathedral of Immaculate Conception.

A public holiday will observed on Monday, September 20. The day’s activities will include the Independence Ceremonial Parade, where the nation’s armed and unarmed units will be on display under the homage of Prime Minister Douglas and Head of State, Governor General Sir Cuthbert Sebastian. The parade will commence at 8:00 a.m. at the Warner Park Stadium. Also at 8:00 a.m. there will be a Mother’s Union breakfast at the Old Girl’s School. At 7:00 p.m., local dignitaries and other guests will converge at Government House for the annual Governor General’s Reception.

PM Douglas has extended an invitation to the public to join him on Saturday, September 25, at 7:30 a.m. for the Independence Anniversary Brimstone Hill Run for the ‘Fit and the Fearless’.

For the original report go to http://www.thestkittsnevisobserver.com/2010/09/17/nation-independence.html