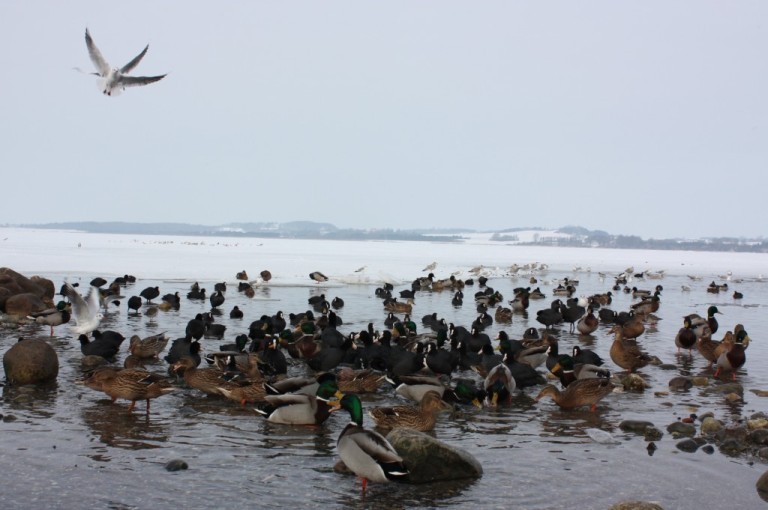 The marshes, shores and islands of Gulf Coast are a bottleneck for birds heading south to the Caribbean and Latin America.

Nearly five million Migratory birds from Canada are now winging their way south across North America, and many of them could be in for a nasty shock when they reach the oily marshes and beaches along the Gulf Coast. “There’s a lurking time bomb for many waterfowl and shorebirds that breed in Canada’s boreal forest and winter or stop in the Gulf,” said Jeff Wells, senior scientist at the Boreal Songbird Initiative.

There are several concerns ornithologists have about the birds. First of all, they could come into direct contact with oil that’s present in many salt marshes, as well as just under the surface of shores and islands off Louisiana. Then there is the problem of food. Many shorebirds eat small invertebrates that live in the sand along the shore. Now a lot of that sand is saturated with oil just below the surface, which has wiped out the invertebrates. “The birds are actually dipping their bills down into the oil,” said Wells.

The marshes, shores and islands of the Gulf Coast are a bottleneck for birds heading south, as they provide the last chance for many of these birds to fatten up before flying 500 miles across the Gulf to their wintering grounds in the Caribbean or South America. It’s arguably one of the world’s worst places to have a major environmental disaster, said Melanie Driscoll, director of bird conservation for the National Audubon Society’s Louisiana Coastal Initiative.

In order to see whether migrating birds get mired directly in oil, or if there are any other surprises in bird behavior or health due to the oil spill, the Audubon Society is planning on expanding teams of volunteer and professional bird watchers to monitor what happens in the coming months, and even years.

For the original report go to http://www.msnbc.msn.com/id/39068875/ns/technology_and_science-science/