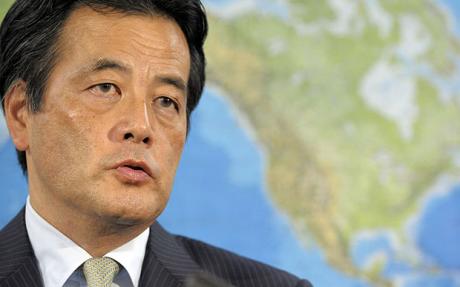 The St. Kitts Daily News reports that St. Kitts and Nevis and several other Caribbean nations will receive assistance from Japan to recover from the economic crisis and deepen cooperation on global issues, including nuclear disarmament, the reform of the U.N. Security Council, and climate change. Caribbean nations have been suffering from the adverse effects of climate change, such as increasing temperatures and more frequent hurricanes, and they are in need of financial aid to deal with natural disasters. St. Kitts and Nevis asked for Japan’s assistance to recover from the financial crisis, saying their economies have been slumping with declines in revenues from tourism and remittances from expatriates. Japan pledged to support new business development in countries still suffering from a prolonged period of economic downturn, which has seen the tourist industry and financial sectors suffer.

During the Japan-CARICOM Summit in Tokyo, Japan’s Foreign Minister Katsuya Okada urged Caribbean nations to endorse the Copenhagen Accord—which resulted from a United Nations climate conference last December—and aim for the adoption of a comprehensive agreement to tackle the problem. In a document released after the ministerial meeting, participants confirmed their intention to work toward an agreed outcome at the next U.N. climate conference in Mexico in November and December to adopt a new, ambitious and comprehensive legal document to establish a fair and effective international framework to address climate change.

On assistance for Haiti, Japan and CARICOM member states confirmed their commitment to the medium- and long-term reconstruction of the country, according to the document. CARICOM member states are Antigua and Barbuda, the Bahamas, Barbados, Belize, Dominica, Grenada, Guyana, Haiti, Jamaica, Saint Lucia, Saint Kitts and Nevis, Saint Vincent and the Grenadines, Suriname, and Trinidad and Tobago.