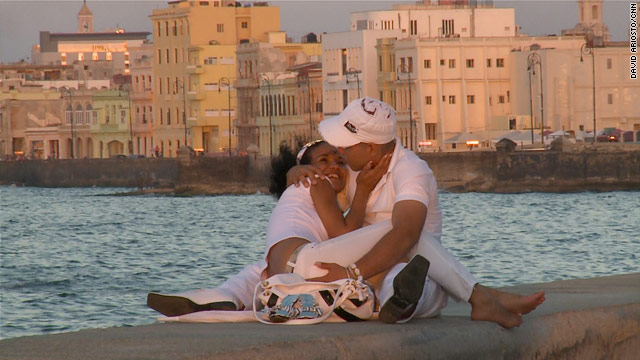 CNN looks at the prospects of the lifting of the travel to Cuba ban.

Word that the U.S. government could soon loosen travel restrictions to Cuba may have some American travelers imagining New Year’s in Havana or a spring break on the island’s famed Varadero Beach.

The proposed changes would essentially reinstate measures that were in place under the Clinton administration — a far cry from an end to the travel ban, which would require an act of Congress.

Talk of the new rules also comes as Cuba has agreed to free 52 political prisoners by mid-November, but it’s not necessarily a signal that a complete lifting of U.S. travel restrictions is near.

“It certainly could indicate that the climate is more appropriate than it was before the prisoner release started,” said Shasta Darlington, a CNN international correspondent based in Havana.

“[But] one is an executive decision and the other is a legislative decision. I don’t think you can tie them together too closely.”

For now, Washington is focusing on “people-to-people” exchanges under which academics, corporations, humanitarian groups and athletic teams could travel to Cuba as a way to promote cultural exchanges and programs with universities.

In a sign of how politically sensitive the issue is, the move is already drawing criticism from some lawmakers.

So while European and Canadian visitors continue to flock to Cuba for its tropical climate, Spanish colonial architecture and exotic flair, the island officially remains off-limits to U.S. tourists.

Not that that’s ever stopped some Americans from going anyway, bypassing the restrictions by hopping on a flight to Havana from Canada, Mexico and other destinations.

“It’s partly the frisson of the forbidden; the fact that it is off limits and there’s some kind of excitement quality for a lot of tourists,” said Christopher Baker, a journalist who has visited Cuba dozens of times and is the author of the “Moon Cuba” guidebook.

“At the same time, I run into quite a number of Americans who are kind of thumbing their nose at what they consider inappropriate, unconstitutional restrictions.”

Washington severed diplomatic relations with Cuba in 1961 and has had an economic embargo in place since 1962. Americans seeking to travel to the island nation must obtain permission to do so and must fit into special categories, like journalists or people visiting a close relative.

Last year, more than 67,000 U.S. citizens obtained approval from the U.S. government to enter Cuba by air, according to the U.S. Department of Commerce’s Office of Travel and Tourism Industries.

Supporters of the ban say it needs to continue to put the pressure on the Castro regime, but an April 2009 CNN/Opinion Research Corp. poll found that 64 percent of Americans thought the U.S. government should allow citizens to travel to Cuba.

Travel agents report getting a fair amount of interest from clients about the island, though the only help they can offer is to refer them to operators outside the United States. Some travel agents say U.S. tourists are eager to see Cuba as it is now, before any major loosening of restrictions.

“Americans aren’t going for the beach vacation. Americans are going to Cuba out of curiosity,” said Terry McCabe, national director of leisure for Altour in Paramus, New Jersey.

“Once you leave the resort areas along the beach, Cuba is a time capsule. I think within 18 to 24 months after they open it up for [U.S.] tourism, some of that will start to change.”

It’s estimated that up to 500,000 additional U.S. tourists could pour into Cuba the first year after the lifting of the travel ban, according to a study prepared for the Cuba Policy Foundation. That number would almost triple five years after the end of the restrictions.

“We’re 90 miles off the coast of Florida, and there are very few Americans here. That would clearly change quickly,” said Darlington, the CNN correspondent.

But even without a significant number of U.S. travelers, tourism is a vital industry for Cuba.

Havana devotes “significant resources” to building new tourist facilities and renovating historic structures for use in tourism, according to the U.S. Department of State.

It also markets itself aggressively to visitors. The Cuba Tourist Board in Canada, for example, offers a splashy web page tempting tourists with Cuba’s “breathtaking beaches and scenery; fascinating history; rich culture; ecological wonders and more.”

That’s something American travelers might see if some lawmakers have their way.

Earlier this year, the House Agriculture Committee approved a bill that would end the travel ban on Americans to Cuba. The legislation appears to be stalled in the House of Representatives, but it received the thumbs up from the American Society of Travel Agents, which says Americans should be allowed to globetrot without restrictions.

“Were the American people allowed to travel to Havana, as they currently are allowed to travel to Pyongyang, Tehran, Khartoum and other cities whose nations’ leaders are publicly opposed to American interests, they could serve as ambassadors of freedom and American values to the Cuban people,” said Colin Tooze, the group’s vice president of government affairs.

For now, that will have to wait.