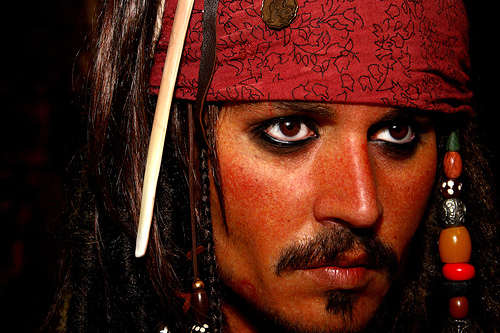 Actor Johnny Depp will return to Puerto Rico in October with Penélope Cruz to film several scenes for Pirates of the Caribbean: On Stranger Tides, the fourth part of the Disney saga. The production team will use a remote beach on the island to recreate scenes that will involve only Depp and Cruz. In the new film, Captain Jack Sparrow (Depp), reconnects with an equally swashbuckling and swaggering love interest played by Cruz.

Between March and May 2009 the actor was in Puerto Rico filming The Rum Diary. This experience was so positive for him, along with the production team, that he had declared that he would return. However, Disney Pictures chose Hawaii to shoot the new feature film, but considered Puerto Rico for a few scenes. The film is due to screen in the summer of 2011.

One thought on “Johnny Depp Returns to Puerto Rico”