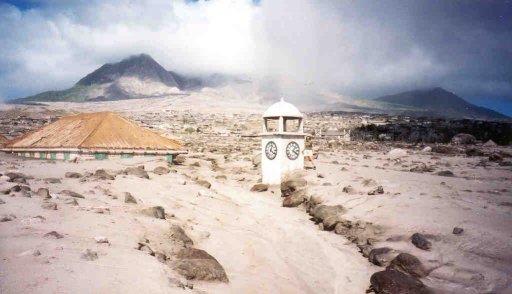 On Saturday, November 27, 2010, runners from around the world will test their skill on the volcanic, Caribbean island of Montserrat during the second annual Volcano Half Marathon. To assist participants with registration and event information, organizers of the event, The Montserrat Running Club Inc, a not-for-profit organization, launched the race’s official website www.volcanorunner.com. Additionally, the organization announced that proceeds from the event will provide financial aid to the local child support and advocacy group, Childline.

The event is ponsored by the Montserrat Tourist Board, with the support of LIME, United Insurance/ Jacquie Ryan Enterprises, the Governor’s Office and the Government of Montserrat’s Sports Department. Cash prizes valued at approximately US$1870 will be awarded to the top three finishers in the men’s and women’s groups as well as the winner in the under-18 category. For more than 13 miles, runners will navigate a strenuous course that covers key sites on the island.

Beginning at the Blake’s Football field, the route will take racers throughout most of the island, passing attractions such as the Montserrat Cultural Centre, a state-of-the-art facility made possible by the fundraising efforts of former Beatles producer Sir George Martin; Runaway Ghaut, where folklore promises one sip from the ghaut will guarantee a return visit to the island; the entrance to Air Studios, where music greats such as The Rolling Stones, Elton John, Paul McCartney and Stevie Wonder once recorded; the Soufriere Hills Volcano, the island’s most famous attraction responsible for the destruction of former capital city Plymouth in the mid-1990s; and weather permitting, the Belham Valley, once the site of the island’s only golf course and now submerged under volcanic mudflows. Runners will cross the finish line at Salem Park. In addition, non-competitive runners and walkers will be invited to participate in the “Fun Run/Walk” section of the route that stretches approximately five miles.

The registration fee for the half marathon is US$38 and includes a t-shirt, Montserrat gift items and a souvenir medal made out of volcanic material. There is no entrance fee for Fun Run/Walk participants although they can purchase t-shirts. For further details and registration information on the Montserrat Volcano Half-Marathon, visit www.volcanorunner.com. Visitors and participants can also become fans of the Volcano Half Marathon on Facebook and receive updates at Facebook.com.

To plan your visit to Montserrat go to www.visitmontserrat.com.

Photo: The remains of Plymouth, former capital of the island, now covered under volcano debris.

One thought on “Montserrat’s Volcano Half Marathon”