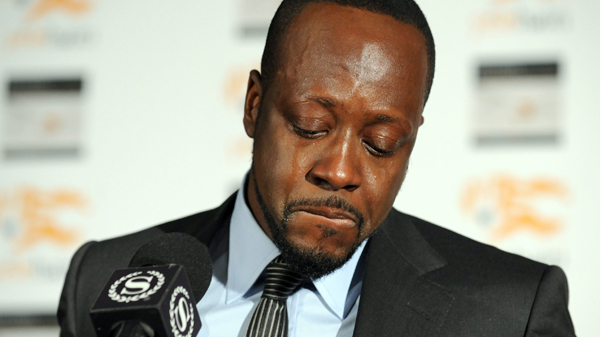 A spokeswoman for Wyclef Jean isn’t saying whether the hip hop star has plans to run for the Haitian presidency.  Adrienne Jacoby was responding to a report in an Ottawa-based newspaper that says the Haitian-born musician is poised to run for president. French-language newspaper Le Droit reports that a source close to the Haitian government is “sure” the singer and producer will be a candidate.

Jacoby, who works for Jean’s charitable Yele Haiti Foundation, says the performer would likely issue a statement if and when he announces his candidacy. She says rumors have been circulating about the possibility of Jean making a run for the presidency of the Caribbean nation.  When asked by Fox Business this week if he would run for president, Jean responded “currently at this minute, no.”

Photo: Wyclef Jean is overcome with emotion while discussing his recent visit to earthquake-stricken Haiti and how is organization, Yele Haiti, is helping with relief efforts. (AP / Diane Bondareff)