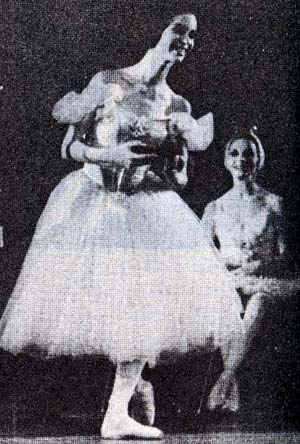 A performance of Giselle on July 23 will honor the late dancer Mirta Plá, one of the “Four Jewels of Cuba’s National Ballet Company (BNC),” who died on September 21, 2003, the day of her 70th birthday.  The performance, scheduled for the García Lorca Hall of Havana’s Grand Theater, will pay homage to the exceptional ballerina of the emblematic Cuban dance company.  This presentation will be repeated on July 22, 24 and 25, as part of the activities organized by the BNC for the summer.

Plá, an internationally known Cuban ballerina who danced on stages around the world in the 1950s, died at age 63 in Barcelona, Spain, from complications from cancer.

Born in 1940 in Havana, she studied under Cuba’s grand dame of ballet, Alicia Alonso.  The performance will be of the well-known choreographic version by Alonso, which has received countless awards over the years, like the Grand Prix de la Ville de Paris in 1966.