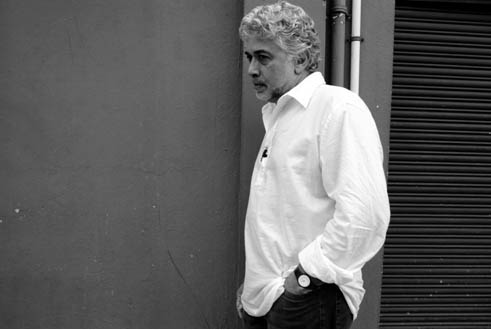 The phenomenal sounds of Jamaica’s acclaimed Commander of Distinction and renowned jazz pianist, Monty Alexander, is set to add to the excitement in New York City later this month as he returns for a five-day series of performances at Jazz at Lincoln Center. Alexander, who has the distinction of being named one of the greatest piano players in Jazz history for almost fifty years, is set to bring his `Summer Celebration` to Dizzy’s Jazz Club at Jazz at Lincoln Center from Tuesday, July 20th to Sunday, July 25th.  Alexander, who has performed with the likes of Frank Sinatra, Tony Bennett, Ray Brown, Dizzy Gillespie, Sonny Rollins, Clark Terry, Quincy Jones, Ernest Ranglin, Barbara Hendricks, Bill Cosby, Bobby McFerrin, Sly Dunbar, Robbie Shakespeare and on the “Concrete Jungle, The Music of Bob Marley collection,” will perform two shows per night, at 7:30 and 9:30 p.m., respectively.

The Kingston-born musician says that with his ensemble he looks forward to “bringing uplifting and positive Jamaican rhythms and vibrations” to Jazz at Lincoln Center later and hopes that all jazz fans and Jamaicans will attend and experience his music in the incredible atmosphere at Dizzy’s Club Coca Cola.

In a career spanning close to five decades, Alexander, a largely self-taught musician, has built a reputation for exploring and bridging the worlds of American jazz, popular song and the music of his native Jamaica, finding in each a sincere spirit of musical expression. He has recorded over 60 albums to date.  His 1976 Montreux (Switzerland) Jazz Festival performance with drummer Jeff Hamilton and bassist John Clayton has become one of the most celebrated live recordings in contemporary jazz. Alexander’s most recent albums on the Telarc label include trio sessions, such as Impressions in Blue, and the live concert recording Goin’ Yard.

In August 2000, the Jamaican government awarded Alexander the title of Commander in the Order of Distinction for outstanding services to Jamaica as a worldwide music ambassador.  His latest release on Chesky is Calypso Blues, a tribute to his hero Nat Cole.

Alexander’s Lincoln Center performance comes on the heels of performances in Aspen, the UK and France, where he performed at several festivals including Jazz a Juan-les-Pins, the Vienne Jazz Festival, the Wigan Jazz Festival and Jazz Aspen.

Tickets for Monty Alexander’s Jazz at Lincoln Center show are $30 and $35 and $15 for students with valid identification. Fans are urged to book early at http://www.opentable.com/dizzys-club-coca-cola-reservations-new-york?rid=3683 as tickets are going fast.

For more on Jamaica’s greatest jazz pianist and his music visit http://www.montyalexander.com.