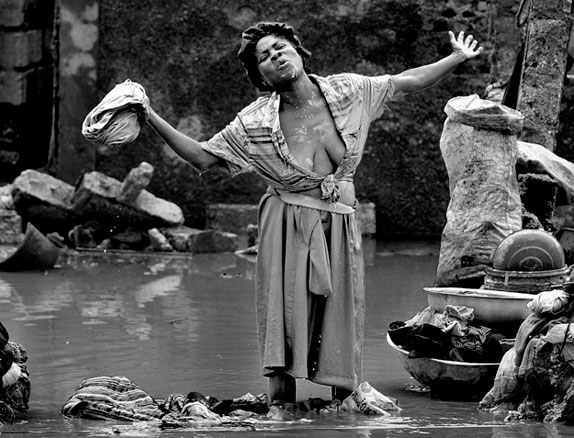 Haiti and Mozambique are the nations most at risk economically from natural disasters, according to a ranking published on Thursday that says some rich countries such as Italy and the United States also face high risks. British-based business consultancy Maplecroft said the index aimed to show the economic impact from 1980 to 2010 of disasters such as earthquakes, floods, droughts, landslides, epidemics, tsunamis and extreme heat and cold.

Haiti, hit by a Jan. 12 earthquake that killed more than 300,000 people, topped the index of about 200 nations. Even without the quake, the Caribbean nation would have ranked near the top because of exposure to hurricanes, it said.

Mozambique, which has suffered severe flooding such as in 2000 when at least 800 people were killed and economic losses totaled more than $400 million, was second ahead of Honduras, Vanuatu, Zimbabwe, El Salvador and Nicaragua. Some industrialized nations were also among those facing high risk — led by Italy in 19th place largely because of earthquakes and a 2003 heatwave, Maplecroft said. The United States was in 30th place after big economic losses from hurricanes such as Katrina in 2005. China, where the Sichuan earthquake in 2008 killed almost 90,000 people, was in 26th. “Katrina cost the U.S. $45 billion, whilst the Chinese government estimated the cost of the Sichuan earthquake in 2008 at $123 billion,” Maplecroft environmental analyst Anna Moss said in a statement. As a percentage of gross domestic product, developing countries are most exposed.

The U.N. panel of climate scientists says that global warming, caused by a build-up of greenhouse gases mainly from burning fossil fuels, will mean desertification, floods, heatwaves, more powerful storms and mudslides. She told Reuters that the index was based on an international EM-DAT disaster database based in Belgium, along with economic losses as a percentage of gross domestic product, with additional factors of deaths and frequency of disasters. “Businesses … need to be aware of the potential impacts,” Moss said, to help disaster preparedness, protect staff and investments.