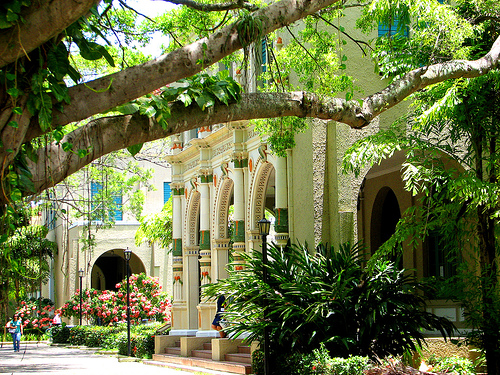 The following report, by Michael Sewall writing for The Chronicle of Higher Education, looks at one of the impacts of the students’ strike and points to pressure on the University to make its procedures clear and its budget available to the public. The link to the original article appears below.

The Middle States Commission on Higher Education has placed the University of Puerto Rico at Río Piedras on probation, citing a two-month-long protest this past spring over budget concerns and tuition policies that closed the campus and nine of the 10 others in the university system.

Student activists agreed to end the protest after the university administration delayed a planned tuition increase and rescinded a proposal that would have prohibited students from receiving both tuition waivers and federal grants. The campuses reopened this month to allow the completion of the spring semester.

The Middle States Commission, a regional accrediting organization, received a report from the university on June 1, about three weeks before the university and students reached an agreement to end the strike. The report responded to various concerns that the commission had raised over the university’s compliance with accreditation standards. On June 24 the commission declared that the report had failed to provide significant evidence that the University of Puerto Rico complied with certain accreditation standards, including one that clearly defines the roles of institutional constituencies in making decisions, and another that shows there is an appropriate program length necessary to confer degrees.

The commission was concerned over whether the university’s prolonged closure would affect its ability to grant credits, and wanted to make sure the appropriate governing bodies outlined their authority to make decisions autonomously. The commission asked the university to file a monitoring report by September 1 to show that the university had developed and put in place policies specifying the roles and respective authority of various governing bodies, including the Board of Trustees and the administration, and a plan for assuring the “rigor, continuity, and length of courses affected by the institution’s closure.”

University officials were not immediately available for comment on the accreditor’s decision.

The monitoring report must also include a long-term financial plan for the university, including steps to find new money sources. Student activists have said the university has been fiscally irresponsible and refuses to make its operational budget public.

The university will remain accredited while on probation, and the commission will prepare multiple follow-up reports to determine later action at its November meeting.

Photo of the UPR campus by Fernando Cuevas can be found at www.flickr.com/photos/fernando_cuevas/768105783/

One thought on “University of Puerto Rico on Probation after strike”