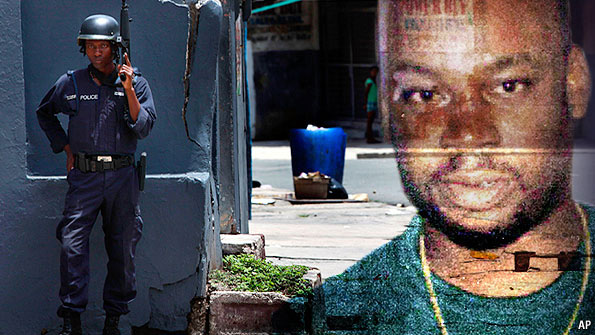 Suspected drug lord Christopher “Dudus” Coke has arrived in New York to face drug and gun-trafficking charges after being extradited from Jamaica. Mr Coke was flown from Kingston after waiving his rights to challenge the extradition.

Speaking on BBC World Service, his lawyer Tom Tavares Finson described the hours leading up to his extradition to the United States. You can listen to the interview at http://news.bbc.co.uk/2/hi/world/us_and_canada/10412397.stm

One thought on “Coke was “caught up” in political drama, says lawyer”