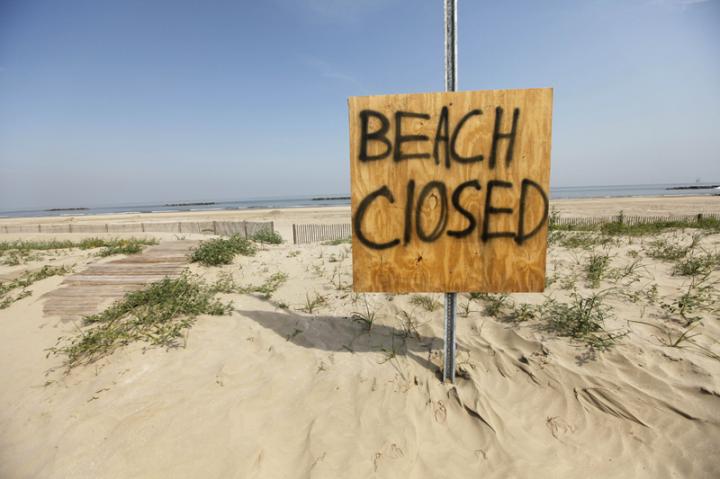 Escalante has posted this commentary on the BP oil spill and the threat to Caribbean coastal waters.

Macondo is no longer just the name of a fantastical world depicted by Gabriel García Márquez in his tale of magical realism, One Hundred Years of Solitude. Astonishingly, it’s also the name of the oil field beneath what was once the offshore platform Deepwater Horizon from British Petroleum (BP), located 130 miles away from New Orleans.

The desire for change exists in Garcia Marquez’ fictional Macondo, just as it does in the United States government. Unfortunately, in our government, as in the novel, the cyclical nature of time highlights the tendency towards repeating history and the lack of meaningful progress as a result.

For well over a month now, the Macondo in the Gulf of Mexico has been massively spewing a mixture of oil and natural gas as if the seafloor was bleeding from an arterial wound. This oil spill is not the first in history, even though it is shaping up to be the worst. The magnitude of the disaster has been consistently underestimated by BP, the Coast Guard and by the National Oceanic and Atmospheric Administration, (NOAA).  In the first weeks of the disaster, independent scientists calculated the well to be spilling 1 to 4 million gallons of oil daily, suggesting a spill the size of the Exxon Valdez, happening every three days. However, the government and BP spent more than a month refusing to revise its estimates of 210,000 per day because according to them, “it [did] not matter how much oil [was] coming out” because they are using all their capabilities to block and clean up the spill. Only in recent days, did the Coast Guard give up its wishful thinking and agree that the spill is at least 800,000 gallons per day.

The crude continues to flow as the most feared consequences are unraveling: over 30 percent of fishing in the Gulf has been suspended; tourism on the coasts of Louisiana, Mississippi, Alabama and parts of Florida fell to 70 percent in bookings for the weekend of Memorial Day; hundreds of dead animals have reached the beaches, including dolphins and sea turtles, which are on the lists of endangered species; Governor Bobby Jindal called for urgent federal help to protect the wetlands from the black tide, since they are Louisiana’s natural barrier against hurricanes;  and, the health of coastal communities is endangered due to the toxic gases emanating from the oil and more than 800,000 gallons of chemical dispersed in the affected area.

We can only wait to see how serious the impact is when the Gulf Stream drags the oil to South Florida and its keys, or beyond the Atlantic, Cuba and the Caribbean.

There is no reason to ignore the tragic realism of the disaster unfolding before us and no meaningful reason for continuing to repeat history ignoring the risks of offshore drilling.  As long as the exploration and exploitation of oil continue under the control of an industry motivated by profit with little regard to its own legal and technological limitations, the potential economic and ecological risks are immeasurable. It is not promising either that the federal agencies responsible for regulating this industry, such as the Minerals Management Service (MMS), are entangled in scandals of conflicts of interest and ineptitude.  And even more sobering is the fact that the majority in Congress and the American electorate continue to accept these risks as the cost of doing business rather than transitioning to a clean energy economy.

The lesson here is clear: either we learn from history and recognize the urgent need to increase our fuel and energy efficiency and embrace renewable energy sources, or we continue to pay the high cost of our addiction to oil when these man-made ecological disasters destroy our coastal communities and our seas. Our Senators have a choice, doom us to repeat history or take us towards a clean energy future. It’s time to break the cycle and pass clean energy and climate legislation.

For the original report go to http://switchboard.nrdc.org/blogs/lescalante/the_macondo_oil_spill_a_tale_o.html