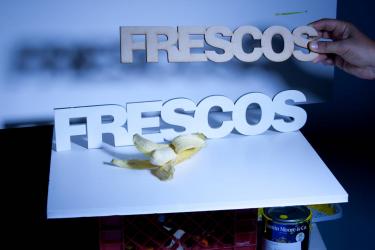 Cultural promoter Celina Nogueras Cuevas announces the release of Frescos, a new and innovative bilingual book that will explore the work of 50 young contemporary artists from Puerto Rico. In an interview with Diálogo, Nogueras said is that the book will constitute a useful reference for artists on the island, as well as for anyone in the general public interested in learning about art in Puerto Rico. She explains that the book is “a democratic way to educate a broad audience about the work of the artists of this generation.”

Nogueras also states that Frescos is a good tool to familiarize curators from the island and abroad with artists they do not know. The book, she says, has “essays that speak, for example, about sound in contemporary art, about landscape, and [that explore] how identity is not the main subject for this generation. There are other essays that address the process of internationalization of Puerto Rican artists.”