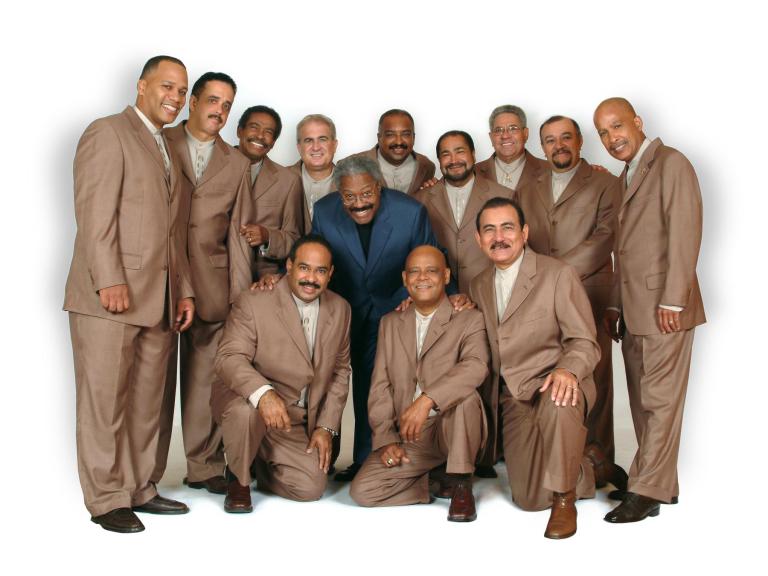 Lehman Center for the Performing Arts is proud to present the return, by popular demand, of one of the world’s most popular Salsa bands for nearly five decades, the legendary EL GRAN COMBO, performing for TWO HOT NIGHTS on Friday, June 11 AND Saturday, June 12, 2010 at 8pm. Performing with El Gran Combo on Friday will be the exciting salsa dura band LA EXCELENCIA, whose music reflects the hard life of the barrio as it brings modern vitality and social consciousness to the genre. On Saturday night, El Gran Combo will perform with 8 Y MÁS, whose amazing rhythms revive the Corso era, but with a unique, updated twist.

El Gran Combo, led by musical director and pianist Rafael Ithier, has been an institution in Puerto Rico’s musical history for over four decades. Known for horn-punctuated Latin rhythms, lush vocal harmonies, and dynamic stage presence, the group has performed in every major arena around the globe. Following the release of their first album, Acángana, in 1963, El Gran Combo packed Latin dance halls throughout New York City, including the Palladium Ballroom, the Manhattan Center and El Caborrojeño, evolving to fit Latin dance-music trends, from boogaloo and merengue to tango and bomba. Throughout Latin America, Acángana consistently hit the top of the charts. The band’s popularity won them an exclusive television contract on “El Show de las 12” in Puerto Rico, pushing album sales even higher. With countless gold albums and myriad salsa hits, the group has received numerous international awards and recognitions, including a Billboard Lifetime Achievement Award in 2002 and a 2007 Latin GRAMMY® Award for Best Salsa Album for Arroz Con Habichuela (2006). In 2002 the band released the live, two-CD 40 Aniversario to mark that historic milestone and as their 50th Anniversary approaches, El Gran Combo is touring in support of their 56th CD, Sin Salsa No Hay Paraiso (Sony Music/Latin), a collection of danceable arrangements which Descarga.com calls “a killer release that is nothing but pure salsa pleasure.”

La Excelencia, the new generation of salsa dura, (or hardcore salsa) is a 12-piece salsa orchestra formed in 2005 by Julian Silva and José Vazquez-Cofresi. The band has brought its bold, new sounds, full of powerful arrangements of free-flowing horns and lively percussion, to dancers and hardcore salsa fans worldwide, breaking the mold while remembering their roots. In 2006 they released their first album, Salsa Con Conciencia, about which the The New York Times wrote, “The real deal doesn’t show up that often, and here it is. Celebrate it.” The CD sold over 11,000 copies independently around the world. 2009’s Mi Tumbao Social led to a world tour that included a sold-out concert in London broadcast live on BBC.

8 Y Más is the cooperative effort of internationally recognized Latin musicians/producers Bobby Allende, Angel Fernandez, Ricky Gonzalez and Marc Quiñones. Its members are some of the best musicians in NYC and beyond — a stellar group that includes Bobby Allende, Marc Quiñones, Maneco Ruiz, Arturo Ortiz, Víctor Baro, Samuel Baretto, José Tabares and Eddie Rosado. In November 2006, the band released its first CD, Juega Billar, which rose quickly to the top of many “best of” lists, including Descarga Review and Salsa Picante.

The presentation of El Gran Combo is supported, in part, by public funds from The National Endowment for the Arts, The New York State Council on the Arts, and The New York City Department of Cultural Affairs.