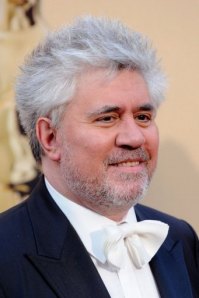 Spanish artists and intellectuals, including Oscar-winning film-maker Pedro Almodóvar, Wednesday launched an initiative to press for democracy in Cuba. “The Platform for Spaniards for the Democratization of Cuba” aims to defend “the basic and essential human rights” of the people of the communist-ruled island and help them choose between “democracy and totalitarianism.”

“We Spaniards well know that nothing can justify lack of freedom,” the manifesto said, referring to the 1939-75 dictatorship in Spain of Francisco Franco. The initiative came just days before an EU-Latin America summit in Madrid during which the question of Cuba will be discussed.

Signatories to the platform called on the Spanish government of Prime Minister Jose Luis Rodríguez Zapatero to drop its policy of rapprochement with Cuba, which they said had led to “no result.”

Spain, which holds the six-month rotating presidency of the EU, has been at the forefront of efforts to boost relations with Cuba, a former Spanish colony. Spain’s Socialist government wants the EU to modify its 1996 common position on Cuba, which links dialogue to freedoms and human rights on the island, arguing it has yielded few results. The EU suspended ties with Cuba after a major roundup of 75 dissidents in March 2003, but resumed aid cooperation in 2008. Spain and Cuba renewed ties in 2007.

Besides Almodóvar, other celebrities signing the manifesto were Spanish-Peruvian writer Mario Vargas Llosa and Spanish actress Victoria Abril. The new platform “may seem like a small gesture but for those who resist the dictatorship in difficult, even heroic, conditions, it is something very important,” Vargas Llosa told a news conference called to launch the initiative.

The original Agence France Presse report can be found at http://www.google.com/hostednews/afp/article/ALeqM5iv6JTOhZ57v9LD1OBhI7b5sl1GlA

One thought on “Spanish artists launch ‘platform for democracy’ in Cuba”