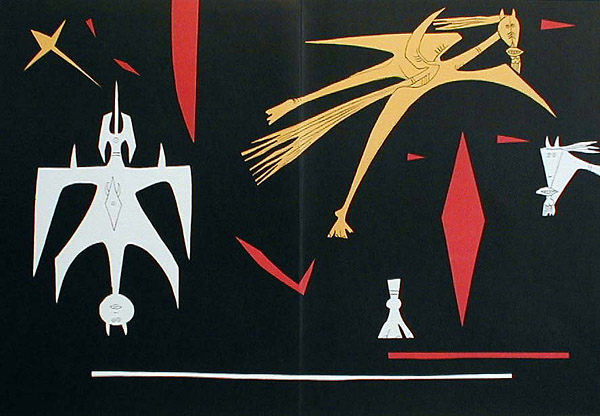 The first museum dedicated exclusively to Cuban art outside of Cuba will open to the public in the coming months in Vienna with a show of some 50 paintings and sculptures by the island’s most outstanding modern artists. The center, which was inaugurated at the end of last year, is currently receiving the finishing touches for its opening to everyone interested in the Caribbean island’s plastic arts, thanks to the generous contribution of its Austrian founder, Maximilian Reiss, who heads a group of investors interested in Cuban culture and society.
Over the years, Reiss has acquired a collection of Cuba’s most representative contemporary paintings, which will now go on show in a building on the outskirts of Vienna that once housed the Cuban Embassy in Austria. The project, which took several years to complete and entailed overcoming numerous bureaucratic stumbling blocks so the works could be moved from their places of origin, has had the collaboration of the Cuban Museum of Fine Arts and its curator, Hortensia Montero.
Creators of the approximately 30 paintings exhibited in this singular museum include Victor Manuel, Eberto Escobedo, Jorge Arche, Fidelio Ponce de León, Carmelo González, Adigio Benite, Wilfredo Lam, Mariano Rodríguez, José Mijares, Raúl Martínez, Angel Acosta, Antonia Eiriz, Ever Fonseca, Umberto Peña and Servando Cabrera Moreno.
Reynier Díaz, the restorer of the National Museum of Fine Arts who is currently in Vienna to prepare the exhibition, says a number of different styles are represented here, from the abstract influenced by Picasso to typically Cuban elements, such as the Afro-Cuban culture, and the best examples of the Cuban avant-garde. Such is the case of Victor Manuel, considered the pioneer of the Cuban avant-garde in the plastic arts, and Wilfredo Lam, with his syncretic imagery, as well as Mariano Rodríguez, who masterfully captures the essence of Cuba. With his dazzling display of color, Umberto Peña offers a show of American pop art and the new figurative style.
Reynier Díaz said that the Viennese museum could also present traveling exhibitions and one-man shows of Cuban art, as well as the permanent exhibition belonging to Austrian magnate Maximilian Reiss. The plastic arts are located on the upper floor of the building and are under the direction of Teodoro Ramos Blanco, Alfredo Lozano, Eugenio Rodríguez, Agustín Lardenas, Francisco Antigua and Rita Longa, among others.
Completing the Viennese collection is an installation with a gastronomic motif – a table fully set with silverware and china on which are written different ingredients of native Cuban cuisine. According to Díaz, this Viennese center of contemporary culture represents the presence and transcendence of Cuban plastic arts in all their diversity and creative wealth from the first avant-garde artists of the 20th century to the most recent creative luminaries.
He adds that its opening, which at first will only be for groups and guided tours, signifies the beginning of a comprehensive movement for the promotion and dissemination of Cuban art beyond the shores of the Caribbean island.

For the original report go to http://www.laht.com/article.asp?ArticleId=355573&CategoryId=13003