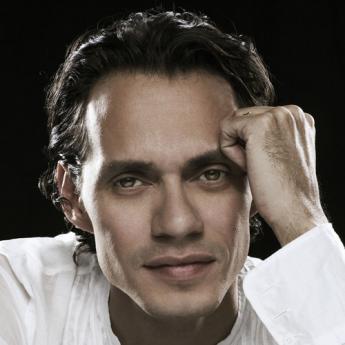 Puerto Rico salsa singer Marc Anthony and iconic Mexican group Los Temerarios will be honored with the Billboard Spirit of Hope and Billboard Lifetime Achievement Awards, respectively, during the 2010 Billboard Latin Music Awards, airing live from Puerto Rico on the Telemundo network April 29. Marc Anthony will receive the Billboard Spirit of Hope Award for his long-term dedication to a broad range of philanthropic work, from the Children’s Health Fund and Make A Wish Foundation to Orange Laces and his recently created Marc Anthony scholarship. Administered by the Congressional Hispanic Caucus Institute, the scholarship will provide assistance to college students enrolled in arts and media programs.
Los Temerarios are being honored with the Billboard Lifetime Achievement Award for a nearly 30-year career that straddles both regional Mexican and pop music. Since their first album was released in 1983, Los Temerarios have had 39 titles on Billboard’s Top Latin Albums chart, more than any other act in the history of the chart. They are also the group with most No. 1 albums-eight-in the history of the chart. All told, Los Temerarios have had 40 appearances on Hot Latin Songs chart, 17 Top 10s and four No. 1s.
The Spirit of Hope Award which was established in memory of the late Tejano singer Selena, is given to an artist for humanitarian work. Past recipients include Daddy Yankee, Shakira, Juan Luis Guerra, Mana, El General, Ricky Martin, Olga Tañon, Soraya, Ricardo Montaner and Juanes.
The Lifetime Achievement Award is given to an artist or group with an outstanding artistic trajectory that has expanded the realm and reach of Latin music. Past recipients of this prestigious award include Vicente Fernández, Celia Cruz, Joan Sebastian, Marco Antonio Solís, Miguel Bosé, Conjunto Primavera and Carlos Santana.
The Billboard Latin Music Awards will air live from Coliseo de Puerto Rico. The awards are the culmination of the Billboard Latin Music Conference, presented by State Farm in Association with T-Mobile and taking place April 26-29 at the Conrad Condado Plaza Hotel in San Juan. For more information please visit www.billboardlatinconference.com.