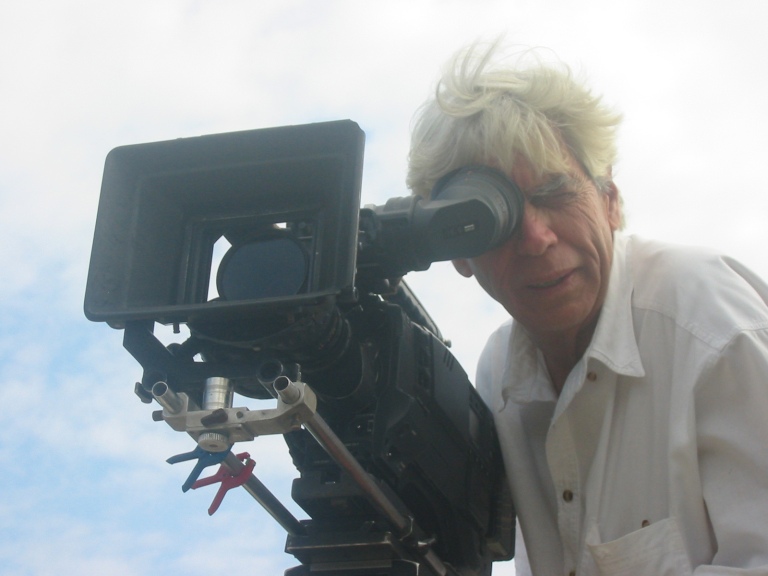 In Cuba, the photographic exhibition “Imágenes de vida” [Life Images] was part of the 9th Festival of New Producers. The exhibition, which is on display at the Charles Chaplin Theater in Havana, is a tribute to the cinematographic and human legacies of Cuban director Humberto Solás (1941-2008) and presents facets of the career and personality of the director of Lucía and other emblematic titles of Latin American cinema. Sponsored by the Cuban Film Institute (ICAIC), the annual festival of the youngest audiovisual producers in Cuba was dedicated to Solás, who has been described as one of the essential figures of Cuban culture. Here are some excerpts with a link to the full article below.

In this selection, the intellectual shows himself to be a passionate and complex human being, charming and daring. The snapshots show the film director in moments of feverish creation, while composing some of the best sequences of Cuban cinema, like the ending of the movie Lucía (1968).

Two pictures recall the shooting of Minerva traduce el mar (1962), a film inspired by a poem written by his fellow countryman José Lezama Lima, and the commemorative docudrama Wifredo Lam (1981), dedicated to the famous Cuban painter. The writer and the painter, together with Cuban pro-independence fighter and National Hero José Martí, make up the triad of the intellectual guides of Solás. [. . .]

In some of the copies Humberto Solás appears next to Alfredo Guevara, the founder of the Cuban Film Institute (ICAIC) and its president for several decades. Also next to him is director Tomás Gutiérrez Alea, an essential referent of the consolidation of Cuban cinema from 1960. In other photos, he’s accompanied by directors Oscar Valdés and Santiago Álvarez, outstanding figures of the island’s cinema. Solás was the first Cuban director to shoot a feature film with digital technology only. Miel para Oshún (Honey for Oshun, 2001) is among the exclusive referents of the author’s daring and skill.

“Imágenes de vida” is a sincere and permanent remembrance of the inquiring and spontaneous artist, who was demanding with himself and with others. For his optimism and advanced vision, Humberto Solás is present among Cuban filmmakers