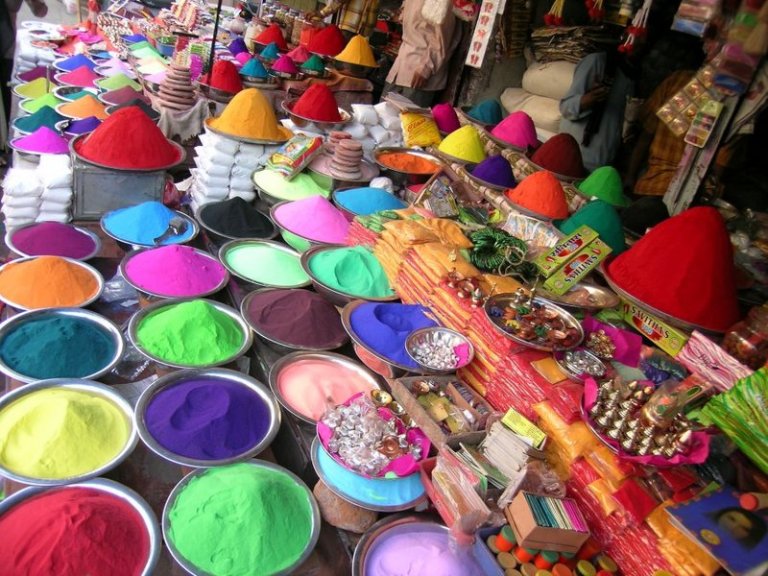 Yesterday, Indians in Trinidad and Tobago celebrated Holi, rejoicing the performance of a folk dance troupe from Mathura and splashing colored powder on each other’s face. होली (Sanskrit), Holi, or Holli, also called the Festival of Colors, is a spring festival celebrated by Hindus, Buddhists, Sikhs and others. It is primarily observed in India, Nepal, Sri Lanka, and countries with large Indian diaspora populations, such as Suriname, Guyana, South Africa, Trinidad, UK, USA, Mauritius, and Fiji. From early morning, thousands of Hindus came out in their vehicles decorated with banners and flags to greet community members. Performance by the artists of Charuka Dance Academy of Mathura, Uttar Prades, was one of the main attractions at the celebration hosted by Indian high commissioner Malay Mishra. The activities were organized by the Mahatma Gandhi Institute for Cultural Co-operation, Caroni.
Winston Dookeran, leader of the Congress of the People (COP), in a message, said that Holi, also known as “Phagwa”, has become a national festival as it provides “a sense of spiritual empowerment and social mobility. Phagwa has a message of hope, truth, humility and a spirit of humanitarianism for all mankind,” Dookeran said.

The main day, Holi, also known as Dhuli Vandana in Sanskrit,also Dhulheti, Dhulandi or Dhulendi, is celebrated by people throwing colored powder and colored water at each other. Bonfires are lit the day before, also known as Holika Dahan (burning of Holika) or Chhoti Holi (little Holi). The bonfires are lit in memory of the miraculous escape that young Prahlad accomplished when Demoness Holika, sister of Hiranyakashipu, carried him into the fire. Holika was burnt but Prahlad, a staunch devotee of god Vishnu, escaped without any injuries due to his unshakable devotion. Holika Dahan is referred to as Kama Dahanam in South India. Holi is celebrated at the end of the winter season on the last full moon day of the lunar month Phalguna (February/March), (Phalgun Purnima), which usually falls in the later part of February or March.

For more go to http://timesofindia.indiatimes.com/world/indians-abroad/Indians-celebrate-Holi-in-Trinidad-and-Tobago/articleshow/5630129.cms

4 thoughts on “Indians celebrate Holi in Trinidad and Tobago”