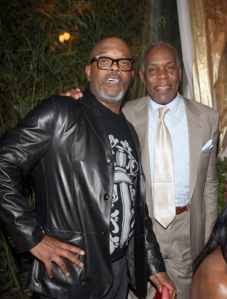 Leah Sorias (The Guardian) reports that Caribbean Prestige Foundation (CPF) chairman William Munro has “thrown up his hands in frustration, saying this is the last year he will be running the International Soca Monarch Competition.” Munro, who has been producing the show since he founded it 18 years ago, cited conflicts with the Minister of Community Development, Culture and Gender Affairs Marlene Mc Donald as one of the reasons for his departure. Showing proof for his statements, he also said that, while he was grateful for funding given by the show’s main sponsors and the Ministry of Culture, he had been forced repeatedly to take money out of his own pocket to help fund the show.

Munro said that “It is a tremendous amount of funding to produce a show like that and it runs into about $10 million to $11 million” and that prize money alone for this year’s show amounted to almost $3 million, but CPF only received $2 million from the Culture Ministry. He was unable to get additional funding from the Ministry of Tourism for help and he finds this objectionable due to the role the Soca Monarch Competition plays in promoting tourism to Trinidad and Tobago. He explained that celebrities had to be paid thousands of dollars to come to T&T but he considered their visit important because the media that follow them expose T&T to the rest of the world. Hollywood actors Samuel L. Jackson, Delroy Lindo, and Danny Glover were expected to attend the show. Jackson was one of the judges for the competition.

Munro said that he made sure to give his all to put on a huge production, adding, “I just hope that one day the ministries will wake up and realise that I am not being vindictive but I am for the development of the artform.”