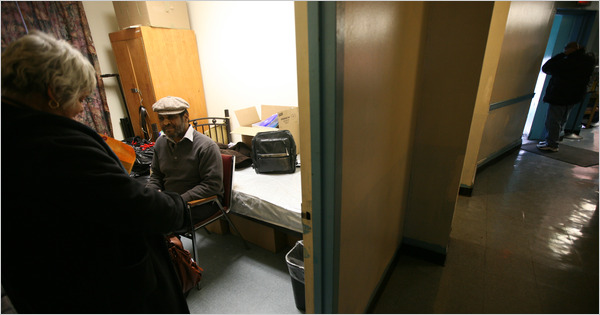 David González, writing for the New York Times, describes the plight of Newyorican poet Tato Laviera. Here are some excerpts from the piece, with the link to the full article below.

His poems, in countless anthologies and five of his own collections, are considered part of the Latino literary canon. His plays and lectures have earned him honors etched in flowery superlatives on plaques. But Tato Laviera would rather possess a more prosaic document, written in legalese.

Mr. Laviera has known his share of troubles in recent years, including diabetes, blindness and dialysis. But in December, life became infinitely more complicated when he underwent emergency brain surgery. Too unsteady to return to his Greenwich Village apartment, he checked into a nursing home for physical therapy.

“You could feel the drugs in the old people, in their sentiments, and I knew that was not Laviera,” he said. “But when my foot hit the sidewalk outside the nursing home, at that moment I knew I was homeless. The honors I had didn’t mean anything anymore.”

Poets, even widely published ones, do not exactly roll in cash. Now, at 59, Mr. Laviera is struggling to find an affordable apartment in the city that has been his home since he moved here from Puerto Rico in 1960.

He has reached out for help to almost a dozen community and housing groups — some of whom were generous with praise but little else. Only one, United Bronx Parents, came to his aid. Lorraine Montenegro, its director, put him in a temporary room at a transitional shelter on Prospect Avenue. She saw it not as a favor, but her duty.

“I just think that when our writers and singers and artists run into hard times, we have to be there for them,” she said. “We can’t forget them. The community that has enjoyed their work for so long has to say, ‘Presente.’ ”

She lamented how fans in the city can be fickle when it comes to helping artists once the spotlight dims. Guadalupe Victoria Yoli Raymond — better known as La Lupe — went from being the Queen of Latin Soul to a destitute existence in the South Bronx. Héctor Lavoe, the Singer of Singers, wasted away penniless in a hospital on the edge of El Barrio, where his songs had once been the soundtrack to daily life.

Since emerging in the early 1980s, Mr. Laviera has been acknowledged as a singular voice whose life and work bridge New York and Puerto Rico. His writings, which pulse to the flowing rhythms of Spanish and English, deal with the tug of allegiances to culture and home, as well as race and language.

Besides, his urgency comes not just from needing a place to sleep, but a place to write. After a fallow period, his literary output resumed with the 2008 publication of “Mixturao and Other Poems,” his first new poetry collection in almost 20 years. He just completed the 700-page manuscript of a novel, “El Barrio.”

While he earns royalties from his books and anthologized poems, he has left the money untouched, hoping to tap it as a pension when he retires from teaching and touring. His income, he said, is limited. Just like his housing choices.

“It’s not like I’m looking to be subsidized in the realm of upper-middle-class elegance and comfort,” he said. “The terminology for me is ‘affordable.’ And in this city more and more people are just being moved out. My situation has given me whole new affinity for them.

“My eyes are thoroughly open.”