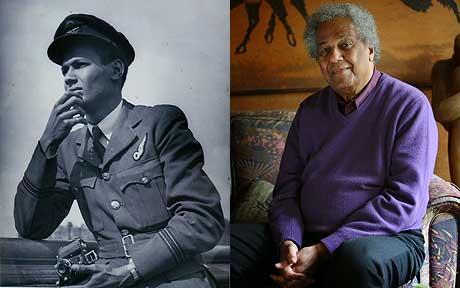 Cy Grant, the Guyanese actor, singer and writer who was the first black person to be seen regularly on British TV, has died at the age of 90. Grant served in the Royal Air Force during World War II and qualified as a barrister before turning to acting.

He became best known for his role on the BBC’s daily topical program, The Tonight Show. It made him a household name but he left after two and a half years to avoid being typecast.

He went on to star in the award-winning TV drama Home of the Brave in 1957 and played the lead in Othello at the Phoenix Theatre in Leicester in 1965 at a time when white actors were routinely “blacked up” for the part.

He returned to the Bar briefly in 1972 but left after six months.

Two years later, he helped create the Drum Arts Centre in London – which was considered to be hugely important in the development of black theatre. He went on to set up multi-cultural festivals across England in the 1980s. Alongside his acting and activism work, he recorded five albums, having performed Caribbean folk songs and calypso across the world.

Two of his best known singles are “King Cricket” and “The Constantine Calypso,” in celebration of Garfield Sobers and Learie Constantine, two of the West Indies’ most famous cricketers.

He also recorded many shows for radio and wrote several books including a collection of poems.

Grant’s daughter Diana told the BBC he died in London.